I couldn’t decide if I was was going to post today….I wanted to but I didn’t know what I wanted to say.  Every time I think about it I just get emotional.  Which, granted a lot of people get emotional about this day, it was a horrible day in our modern history.  I think about it every day, and I’m sure a lot of people think about it, especially those of us with close connections with the military.  Having a husband so frequently involved with what’s going on over there one can’t help but think about it in some way or another.  Growing up in an extremely patriotic home, where Military and Historical holidays were celebrated like Thanksgiving and Christmas, where many of my family member were prior service, this day and what it would mean for our country had such a profound affect on me.  It was the year I graduated high school, I was in college and my boyfriend (now husband) was getting ready to join the military.  I remember my mom waking me up…I remember just wanting the Mr. to be with me.  I decided to go ahead and head off to school.  I didn’t want to sit at home.  We sat and talked about it in class, those of us that showed up, and just were together.  As soon as possible Mr. came to my parents house and we just held hands and watched what we just couldn’t believe was actually happening.

Now, where we are 11 years later and it still cuts me to the quick.  Its been a new and interesting feeling being 10 miles or so from the Pentagon, having neighbors that were here and could see the smoke from our house that day.  I drove by twice today as I was doing regular errands.  It was surreal and more emotional than I had initially thought it might be.  To be here, where it happened.  To see the locations, the grassy hill and the freeway overpass that I saw countless times in news coverage and documentaries.  That alone altered my perspective of that day.  What alters it even more is the three children I have now, and will have to explain this to, and show them.  They celebrated Patriot Day at my son’s school today.  The kids wore red, white and blue.  The kids at the school were either not born yet or were too little to know what was going on.  A whole generation of people, the children of us who were high school and college age when the attack happened.  What a mighty thing we’ve been charged with.  We must pass this on to our children, teach them, show them, help them. I try not to be too political. I’m proud of my husband and what he does.  I fully support him, what he’s doing, what we’re doing.  This will hopefully never change.  I want to remain proud; to not let bitterness sweep over me.  We’ve had “the talk”.  The talk about what would happen if the unthinkable happens, how he wants me to be, how he wants me to carry on, what he wants me to tell our children.  I encourage everyone to have that talk, regardless of whether you are military or not it applies, but for u it holds special significance.

I really pray that everyone is still affected by 9/11, even fifty year from now.  Talking with the Mr. today he expressed sadness at the fact that people are already not thinking about it like they used to, and that the downhill slide is fast coming.  During a moment of silence, The Today Show decided to air their Kris Jenner interview.  Wow.  Who was in charge of that decision?  How do I not take that personally…truthfully, I don’t not take it personally.  In fact, what I really want to do is take my tv and throw it out the window…like a good, crazy and emotional women.

Adding to the pain of the day is something different.  This is also the day that my son’s namesake passed away in a boating accident.  He died less then a month after the Mr. and I got married.  It’s been 8 years, and I’m still sad.  One of my best friends, who was dating Brian, was there when my Brian was born.  My mom shared with me that as they were standing there holding him my mom said to her, “we’ll have so much to share with him about who he is named after.”  We try to see Big Brian’s family as much as we can.  We love them so much.  I’m sure I won’t ever not think about that either.  Another thing to think about and another charge to us as parents, to pass on to our son. 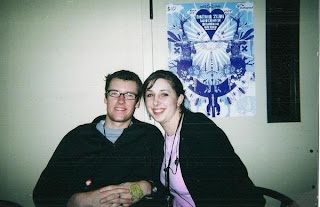 All The Shows You Should Be Watching Right Now