I’m happy to be bringing another cloth  review from one of my amazing sponsors.  This time I have a fitted diaper to talk about.  Fitteds are a recent discovery of mine and I’m just starting to feel comfortable with them.  It all began when I discovered my guy was part of the dreaded “heavy wetter” group.  Sleeping through the night, not sleeping through the night, didn’t really matter, he was a heavy wetter.  Since I was a newb at the whole cloth diapering thing this was was a daunting task and I had all but given up on night time cloth diapering.  In my pursuit of cloth diapering knowledge I perused deeper into the websites of my fellow bloggers and my  go to when it comes to cloth diapering – Cloth Diaper Geek, Life with My Littles, Dirty Diaper Laundry and Padded Tush Stats.  I repeatedly trolled these sites, as well as picked the brain of my favorite cloth diaper friend, Holly (over at Baby Steps Blog).  Although I want to specifically credit Angela (fellow milspouse) at Life with My Littles for introducing me to the concept of fitteds and the fact that it wasn’t as hard as it seems and that I should not be scared of them, which I completely was!

I have reviewed for you one fitted, a workhorse from 4Ward Thinking, which I love.  So when my current amazing top sponsor made her first fitted I jumped at the chance to try it out.  She is brand new to fitteds, but let me say she pretty much knocked this out of the ball park as far as I’m concerned.  She chose to introduce this new diaper at Christmas time and unveiled it with a darling Christmas print. 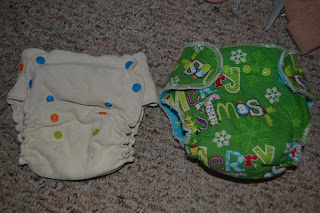 A Fashion Bums Fitted (Right) alongside a Babykicks 3G (left) 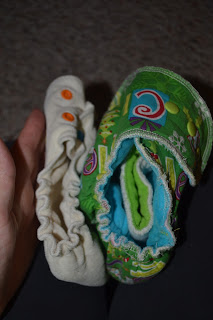 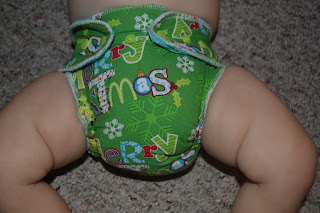 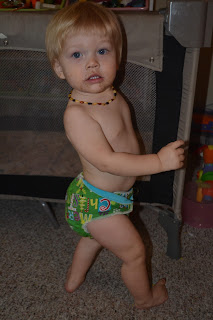 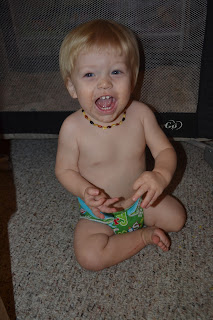 This fitted is a zorb/woven cotton diaper and doesn’t sacrifice absorbancy in its lack of bulk.  The woven cotton acts like a PUL, but it is still a fitted, so for a prolonged use, like a long nap or overnight you will need a cover for it. So it is a Woven Cotton, two layers of Zorb, Fleece for the cover, then a snap in insert of zorb2, which is a thicker zorb then then the zorb in the cover.  It is a sized fitted, but will probably fit him for awhile longer, depending on how much he grows.  I pair it with some wool longies and I’m good to go for the evening.  This diaper needs to be prepped because it does get more absorbent as you use it, but with only one wash it did a pretty good job.  You could certainly customize this fitted with other inserts with fibers that are okay to touch babies skin, but I have found that I don’t need to.   This is similar to the workhorse I’ve reviewed, but I chose to compare it to the BabyKicks up top.  Obviously the BabyKicks (as shown above) are a pocket that is also customizable but for me couldn’t stand alone like the Fashion Bums fitted.   I wouldn’t mind a second snap in layer, so I could use two for an overnight diapering option.  But over all I’m exceptionally happy with the way the diaper fit around his legs and waist and rise as well.  It is plenty absorbent and with a great wool cover you’d be set.