This is the third installment of the ModernGreetings Second Honeymoon Contest!  This is a fun, yet challenging one.  You’ve got to figure out a way to condense that amazing proposal into a tweet that wows the judges!  It is quite fortuitous that I would be bringing you this opportunity so close to Christmas, and oh so close to my very own Christmas Eve proposal.

Christmas Eve 2002 my sweet hubby took me to the very same restaurant we went to on our first date three years earlier, for Junior Prom, sat us at the very same table, and asked me to marry him.  I was absolutely floored that he remembered the table that we sat at.  My very sweet hubby had hoped that it would be as crowded as it ended up being; but there he was in front of a packed house, getting down on one knee and asking me to marry him.  Here we are, what seems like so many years later. 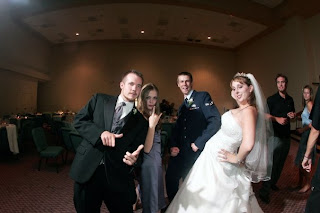 us with our maid of honor and best man
If you are like me then you are sending out New Year’s cards instead of Christmas card….sigh.   Modern Greetings has so many cute card and invitations to choose from.  I just wanna show some them off to you here – 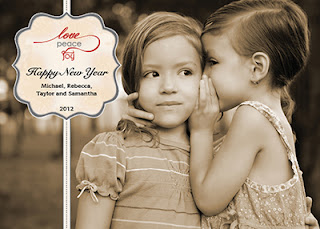 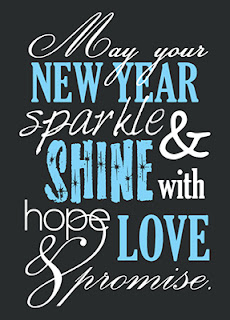 Here’s the down low on this round of the contest:
You have from December 28th – January 3rd to tweet your proposal for a chance to win your Dream Second Honeymoon vacation!  Tweet to @moderngreeting and include the hashtag #MGTakeUsAway.  After you tweet head over to ModernGreeting’s facebook page and fill out the submission form.  Get your family and friend’s to retweet your proposal to increase your odds!
Good luck! 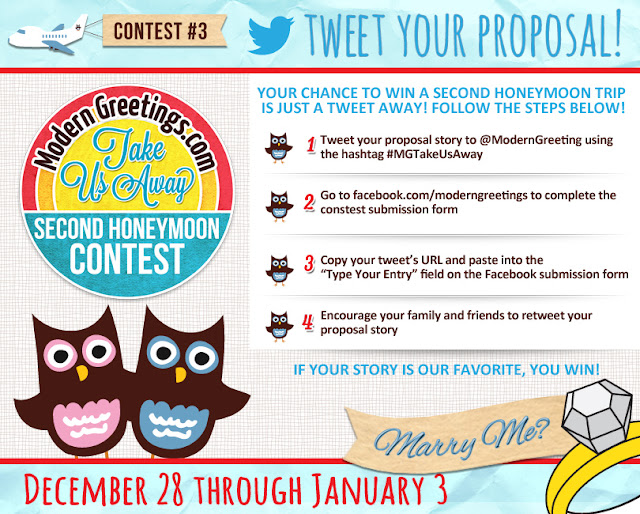 This is a sponsored post brought to you by ModernGreetings.  All opinions and pictures shared are my own and of my own choosing.  I was provided with a voucher to use on their site in exchange for sharing this great contest with you.
Copyright ©  2010 Cammo Style Love
Cammo Style Love

Win your Second Honeymoon from ModernGreetings.com