Happy Sunday ya’ll! I’ve missed a couple Sunday Socials and, not gonna lie, I kind of missed it. I’m super excited to be back again. If you happen to be stopping by here today and you’ve never done a Sunday Social, I completely encourage you to hop with us. Also, I’d love for you to stop by and check out my Rewind 365 Thursday Hop that I have with a bloggy pal of mine. We are leaving it open all week so check it out and think about linking up with us.  And, the last little bit of bloggy business is that I just opened up ads!  You can do a button swap for free for a limited time, so swap away!  Click on the Media Kit/Sponsor tab up top for all the details on my blog and everything else you need to know.  Thanks, and if you’re a new follower make sure to let me know and I’ll make it a point to follow you back ASAP!

1. What is the one movie you’re terrified to watch? 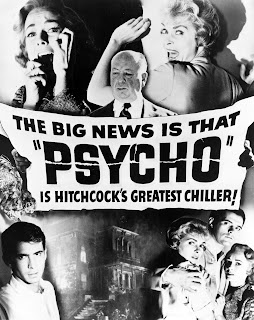 Source
I just can’t do it people….I mean, I have, but barely.  This is a long-standing teasing Rheanna thing.  I mean, my family would make the whole knife wielding music sound, tape fake knives to my bedroom door.  Serious business people.  I am a huge huge fan of Hitchcock.  But this is just one I can’t do.  And it truly is a departure from most of his older films.  He typically is not gory (although some of his last films got there), he is the “Master of Suspense”.  This, however adds the shock and “gore” type qualities – visuals of stabbing, flashing back and forth, skeleton’s popping up, shower scenes.  So there you go….my weakness…Psycho.
2. What is the one TV show you’ve always wanted to get into but haven’t?
Funny you should ask but I am just in the middle of a show that I’ve been dying to follow but never got around to.  I don’t typically like to join shows in the middle of their run.  You can’t follow along with all the idiosyncrasies of the characters.  In this case I’m glad I didn’t, because the characters have been highly developed over time, and the beginning was very important….and you can’t get the feel for it. 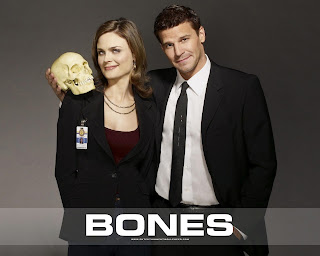 I’m thinking about watching Dawson’s Creek and/or Castle next.  Never watched an episode of those.  My mom is a huge Castle fan.
3. What is one daring activity on your bucket list?
Well, I’m not a daring person, in the physical sense of things.  I can’t imagine myself jumping out of plane, bungee jumping, para-sailing or anything like that.  If I could discover a very daring, non-physical activity maybe I’d be all over that.  So boring I know.
4. Would you travel alone?
In fact I have traveled alone.  The year before I got married I traveled to  West Virginia and Chicago by myself.  I was visiting my Grandfather in WV, helping him organize and sort some things after my grandmother had passed.  In Chicago I was visiting a girlfriend of mine.  It was the very first time I had traveled alone.  Since then I have traveled alone (alone alone to Vegas to meet Mr. Air Force), and then alone (me as the only adult) with my two and then three children.  Boy that was an exciting thing.
5. Five activities you like to do alone
I think when you have kids this question takes on a whole new meaning, because frankly anything I can do alone with freaking awesome!  That list would include grocery shopping, eating, taking a shower, going to the bathroom…and the like.  But, I typically don’t like to do much of anything alone.  I’m a need to be around people kind of person.  I like to read alone though, and I currently just finished reading two great books.
I finished book #3 in Margaret Truman’s Capitol Crimes series – “Murder at the Supreme Court”.  Ms Truman is the daughter of Harry Truman and the series takes place at various locations around DC, which is kind of cool.  I’ve actually been to a pretty famous restaurant that she talks about in the book.  I also just finished “Clouds” by Robin Jones Gunn.  Its part of a series called The Glenbrooke Series.  This is the third one I’ve read.  You can find the reviews on my bookshelf tab up top.
Can’t wait to read some stuff from you guys!!
Have a great day.
Copyright ©  2010 Cammo Style Love
Cammo Style Love