Earlier this month my daughter and I headed to Baltimore with one of my friends for our very first BronyCon! I know, stop, hear me out. It sounds crazy I’m sure. First I guess you might like to know what BronyCon is if you don’t know. BronyCon is the premier My Little Pony convention. Yup, a My Little Pony Convention, celebrating the show My Little Pony: Friendship is Magic. I first heard about this event a couple years ago when I discovered the documentary Bronies. Who knew such a thing existed? Being the fact that its a small, small world I ended up meeting some of the people involved in the documentary. And despite the fact that some Bronies out there were looking for something a little different from the documentary; those of us that are outsiders were clued in on a whole fandom we probably didn’t even know about. 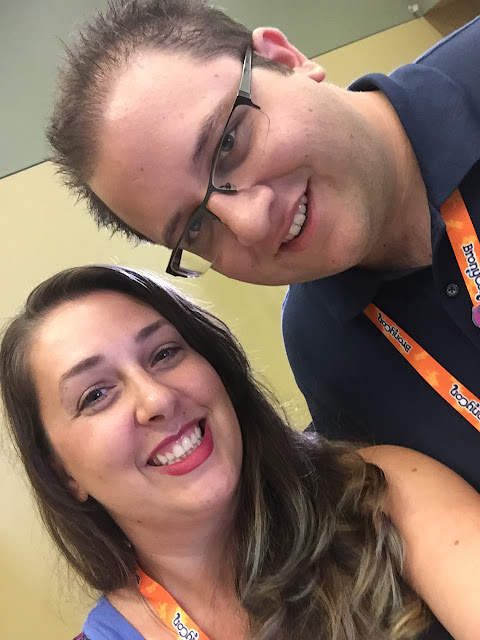 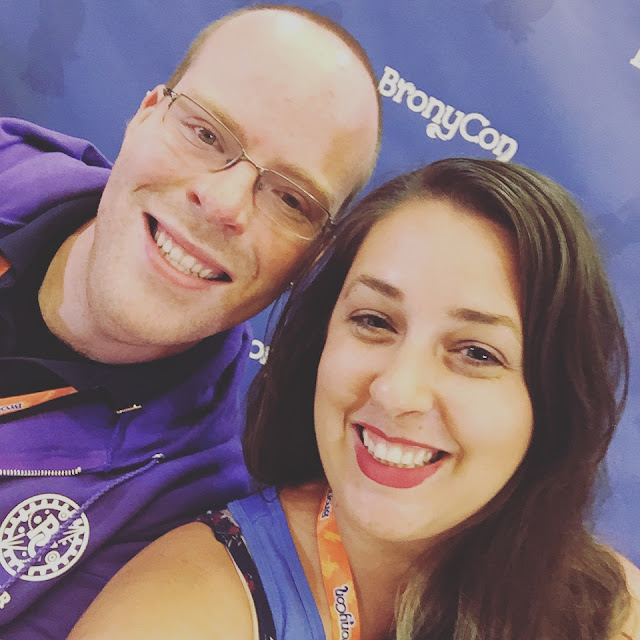 1. The People –  I definitely went in with pre-conceived notions, but left with a wildly different understanding of the fandom. The sheer variety of fans was surprising. Parents with their kids, older siblings with younger siblings, whole families, adults…so many people under one roof. Some fans grew up watching My Little Pony and were fans of the originals. Some of them are your all round Nerd. They like everything from Doctor Who, Star Trek, comic books and some even stumbled into the fandom by way of a friendly bet. It’s simply another facet of their fandom. 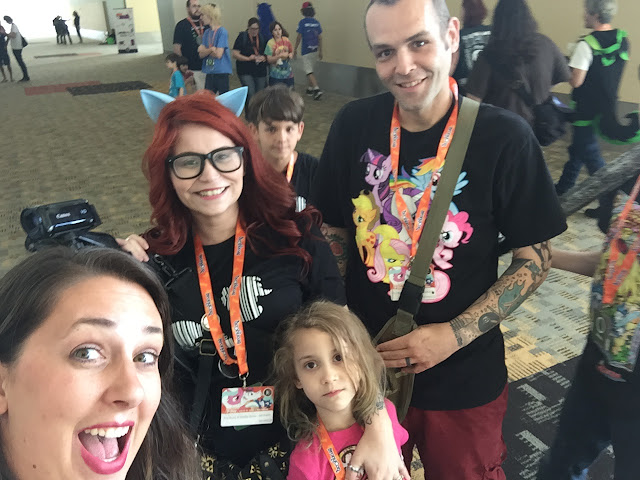 YouTubers…The Ruby and Daddy Show!! Look them up! 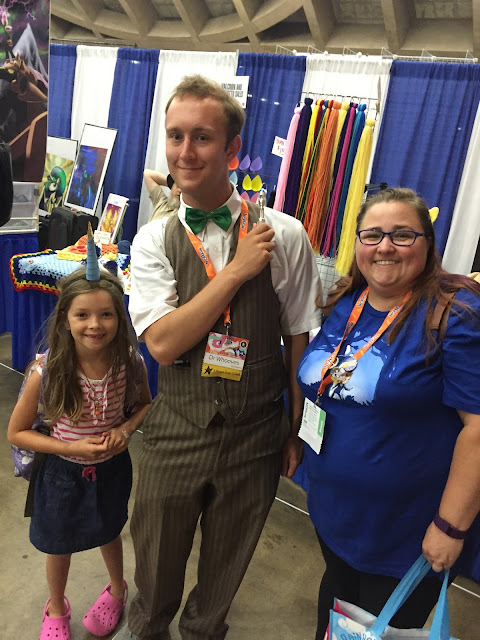 2. The Kids – The conference has a huge children’s program!! They are particularly proud of their children’s programming and I was also very very impressed. It never occurred to me that there would be specifically targeted children’s events but there were tons! That was never something that was shown on the two documentaries (Bronies and A Brony Tale). They had a strict ’14 and Under’ policy and no picture policy. The events were thoughtfully put together and were really fun. 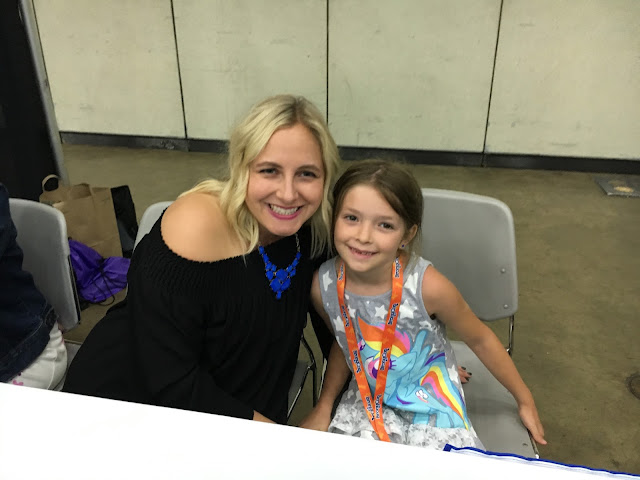 Getting hugs from Applejack (Ashleigh Ball)

3.The Fun – I didn’t know just how much fun I would have! It was so fun. I didn’t even get to experience as many of the panels as I wanted and I didn’t get to one of the events where you learn to play the card game. There was just so much to do and so little time. I’d love to get more of my girlfriends to come next year with their kids. Who knew right? 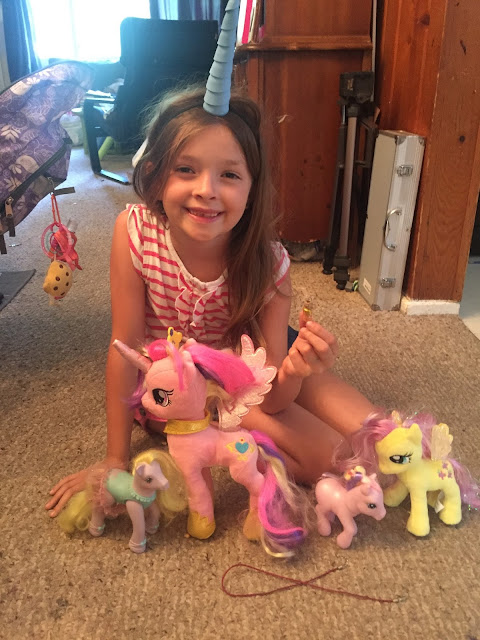 Some of our MLP loot!
if you want to learn more check out my nerdy podcast “Two Nerdy Girls” for our BronyCon recap ‘Part 1’!