A couple weeks ago we did something a little crazy! We decided to take a last minute trip to Cleveland!! We packed up the kids, rented ourselves a van and jumped in the car after two days of discussion and found ourselves on the road to Cleveland at 10:30 at night. I was cool with it if only because we almost never do anything spontaneous. I married an Air Force guy who is also a boy scout….and who was also born an old soul. So here we were, driving all night to Cleveland. Maybe your road trip isn’t to Cleveland…but you should be taking one to wherever you should be going.

We have dear friends who are temporarily living there and that’s where we needed to be. There’s something about doing something spontaneously, something fun and exciting! You get that giddy feeling, and I for one absolutely love it. If I could live my life that like I would probably do things like this more often. Road trips to Cleveland are long, its a good 5.5/6hrs from here to there. We chose to drive through the night, which left my husband in a red-bull, caffeine-fueled haze. May not have been the greatest idea for the adults in the car, but driving with three kids at night is pretty amazing! I think we should have changed the time just a smidge, but it’s been almost six years since we’ve done a crazy road trip. And if you have kids I suggest you do them! Never stop doing all the things – eating out at nice restaurants, riding buses and trains….and going on road trips!

Places we visited
1) Great Lakes Science Center – This was such an awesome experience and this is a Cleveland must see. The kids AND US, had a fantastic time. The second level with the hands-on exhibits were the hit of the day and we spent a couple hours exploring and touching everything up there. We loved it!! They currently have a Lego exhibit downstairs, as part of their rotating exhibits. The Science Center is also home to the John Glenn NASA Visitor’s Center, which has space exhibits and interactive lessons for the kids. 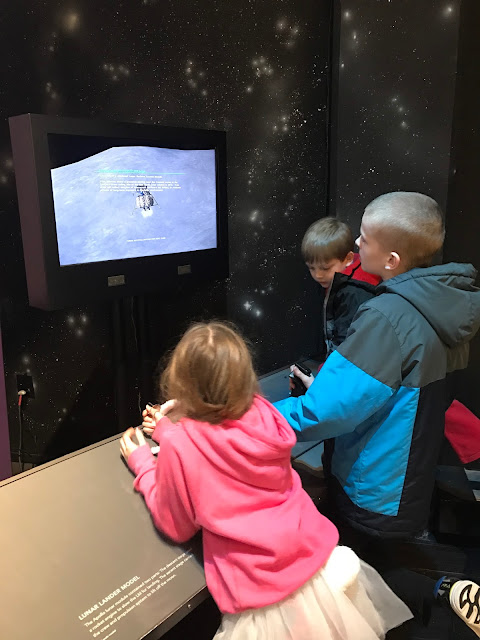 learning to land the Mars Rover… 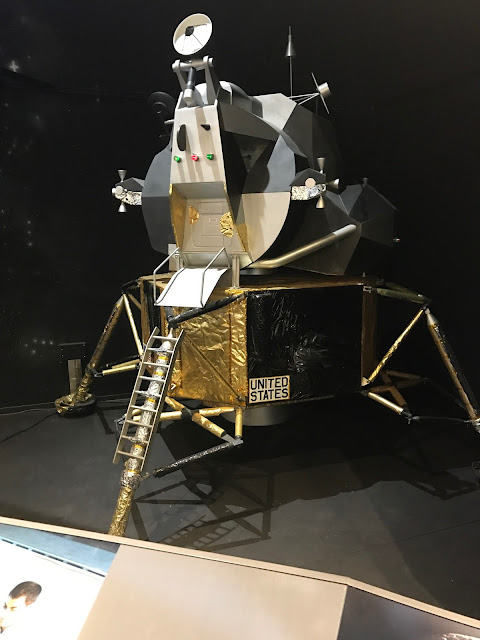 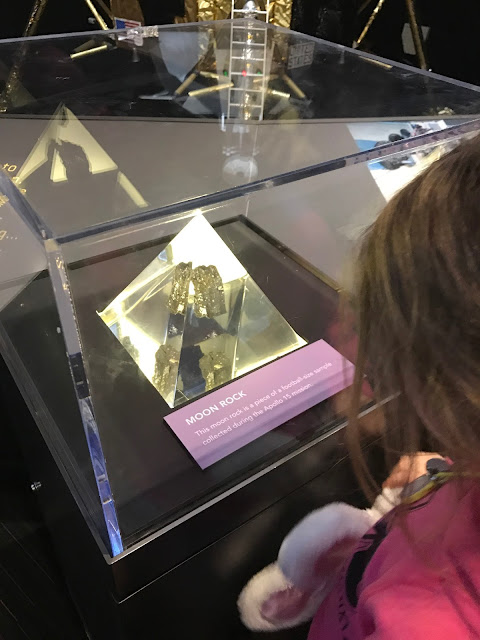 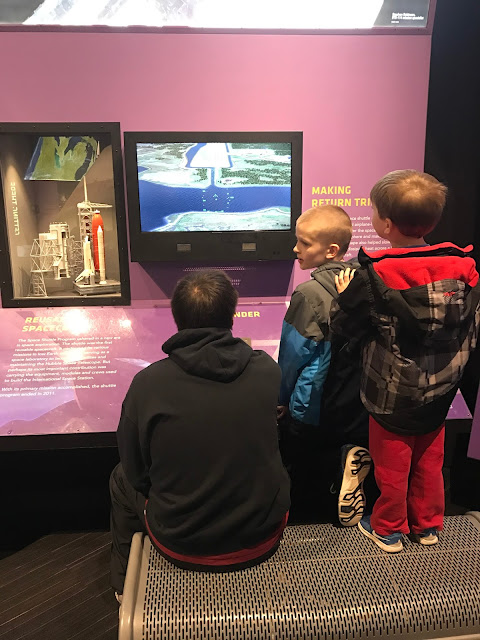 time to land the Space Shuttle 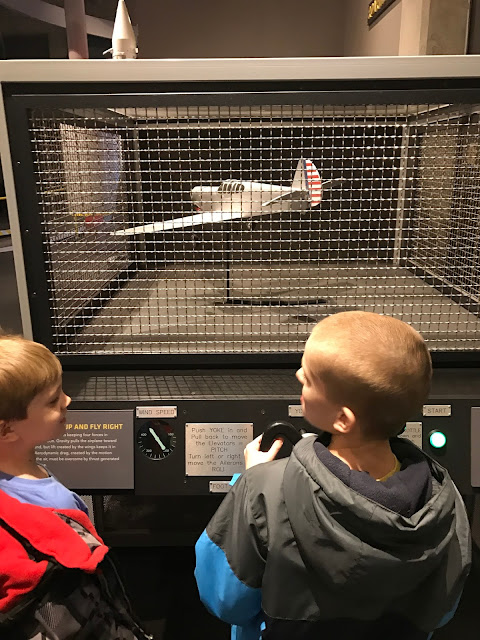 learning about how wind affects your plane’s movements… 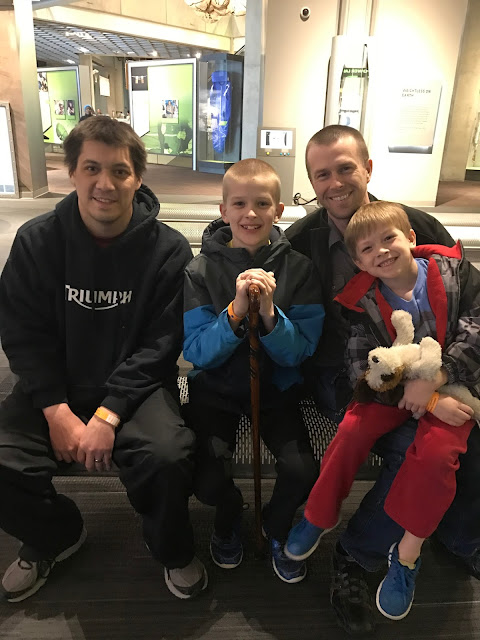 daddy and his bestie, posing with the boys… 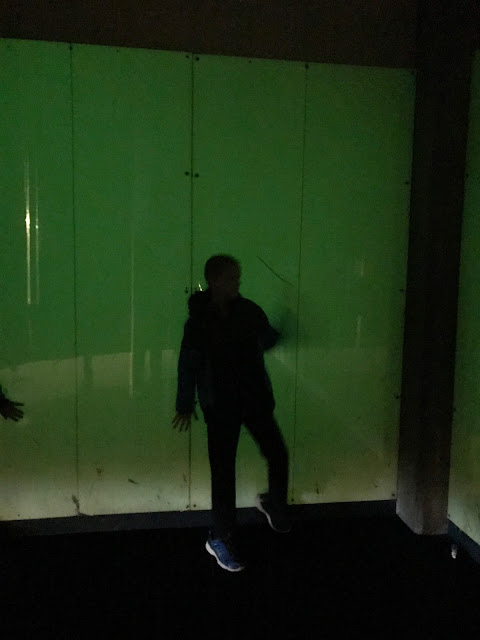 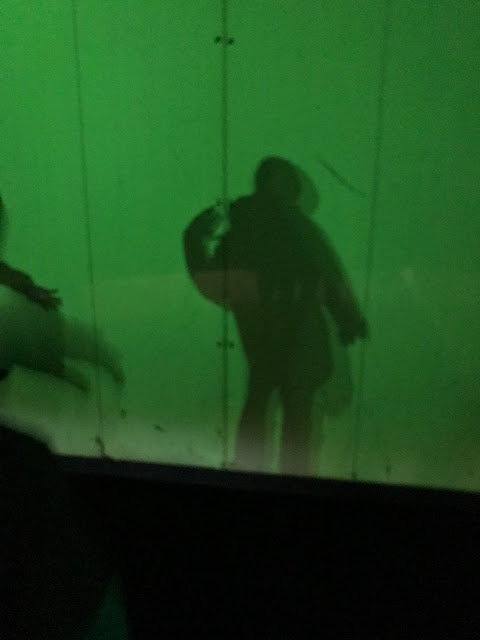 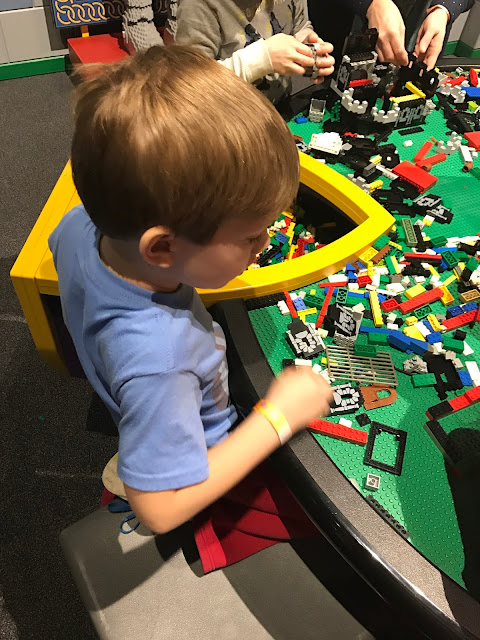 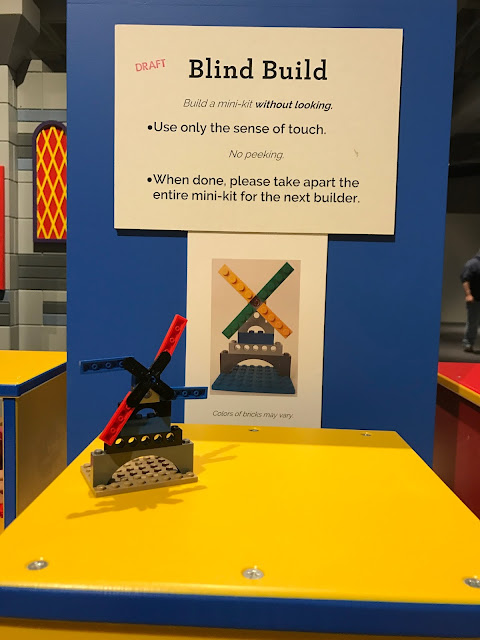 one of my favorite things to do….I sort of did this one…sort of… 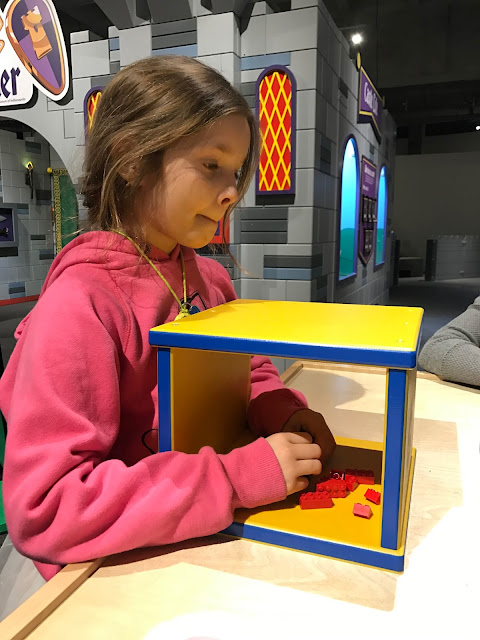 2. La Dolce Vita (Little Italy) – I wish would could have spent more time in Little Italy. I wanted to walk around to each restaurant and bakery and taste something, but I’m glad we chose this place. I’m still dreaming of the fruit dessert they brought us. The staff was amazing, a real home-town Italian family feel. I felt right at home! Take me back!!! But seriously, look at this pasta? 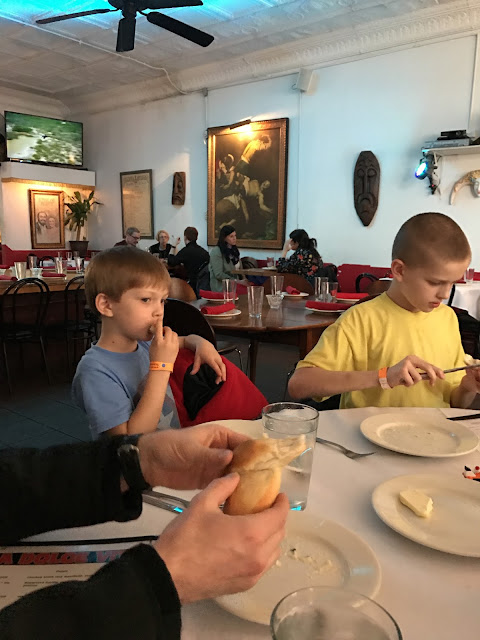 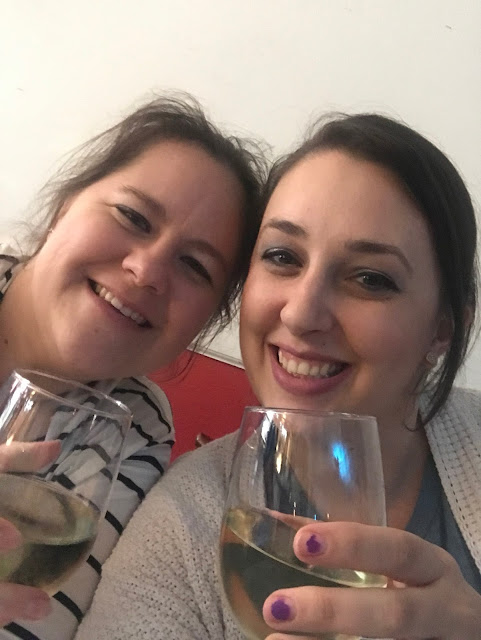 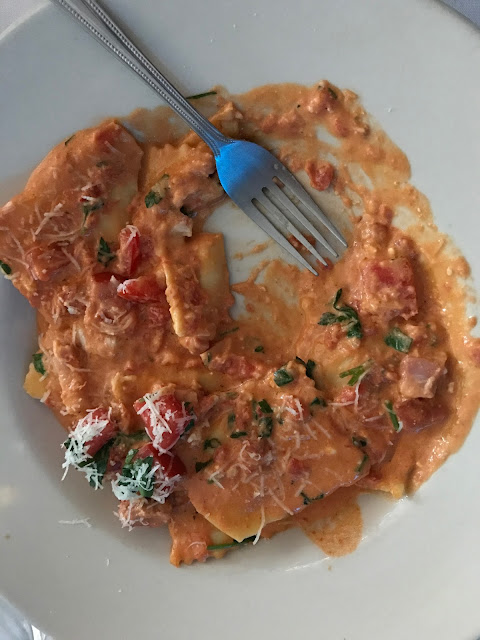 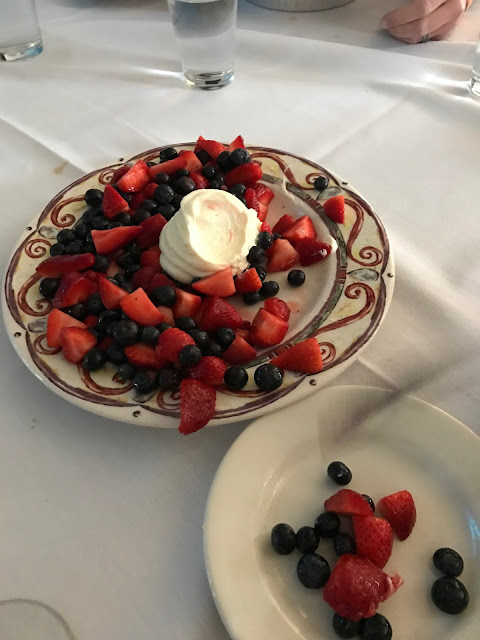 I was so full but I couldn’t stop eating it!!!

3. Presti’s Bakery (Little Italy) – we stopped to grab some Macaroons and some Tiramisu for later! Basically heaven. They also have a fantastic little deli and coffee shop, but I literally had no room. 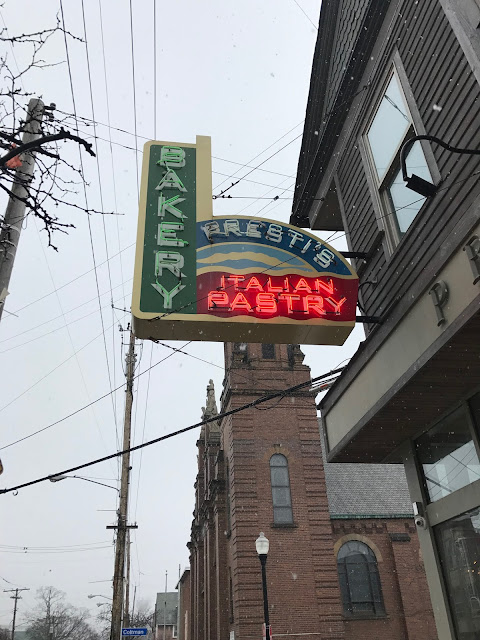 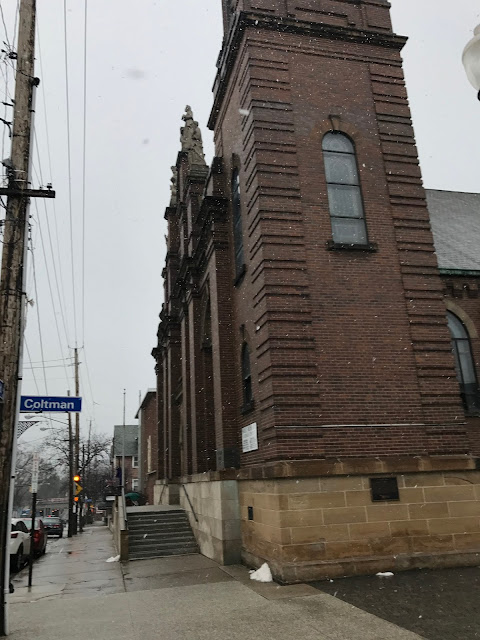 look at this adorable street and building? I really wished we had had more time to explore.
Check out Little Italy’s website for yourself and put it on your list!

4. Geraci’s Restaurant – Of course, on our Cleveland food trek we had to find one place on the Diner’s, Drive-Ins and Dives list. I try to hit up one place whenever we go to a new place. We chose another Italian place, because why not! The place was great, nice atmosphere, super clean bathrooms (an important detail when you have kids), but they are a cash-only business so be prepared for that. I would say overall it wasn’t the best place I’d ever been and I probably wouldn’t go back. But, in all fairness we just had the pizza and didn’t try much else from the menu. Their meatballs, which they are famous for are really good however. 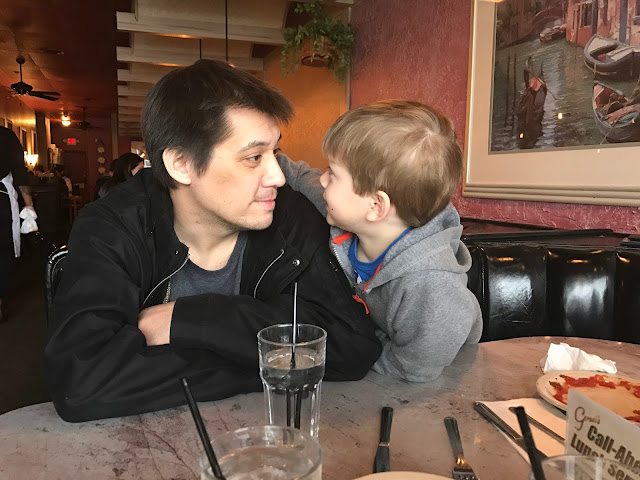 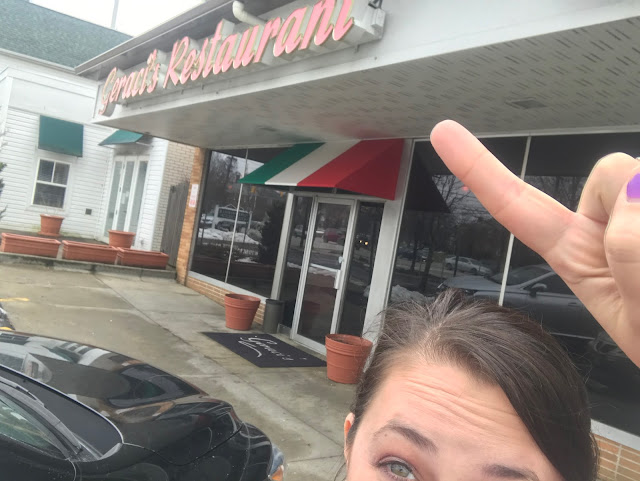 5. Mootown Creamery – And then we had the best ice cream in all the land guys! I mean, seriously this stuff was good!! Go, and you can thank me later. 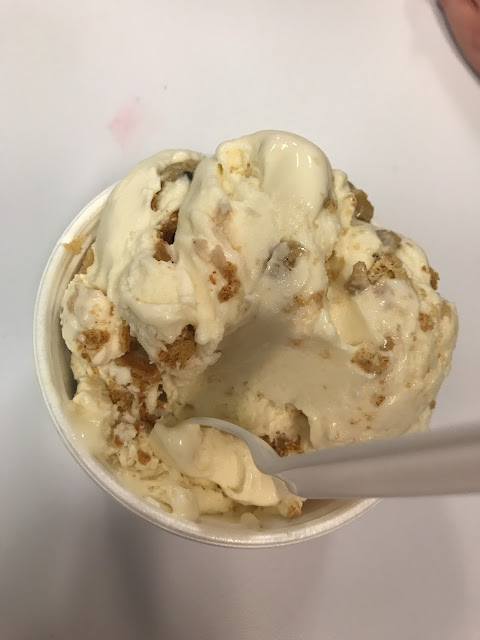 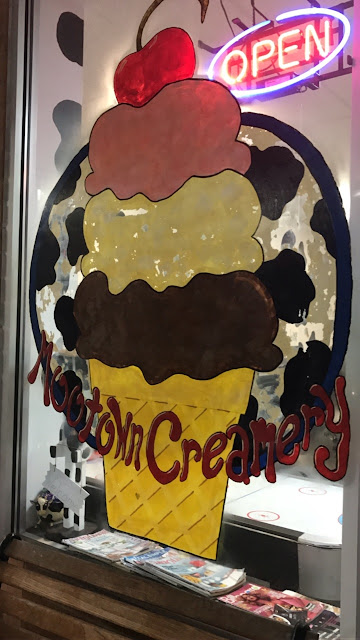 The next blog post will be all about the

The Christmas Story House and Museum!!
Stay Tuned!!!
Have you been to Cleveland? We are going to head there again soon so we want to hear all the things we should do!!!