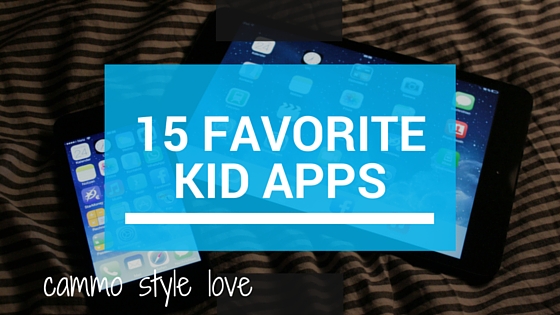 You know that pinterest cartoon where the crazy stick figure is pounding their computer because they must pin everything?  Aside from that being a perfect representation of me and pinterest, I also happen to be a crazy app lady.  I’m constantly scrolling through apps, downloading them, sometimes deleting them, but mostly loving them.   The Mil-Spouse’s (with a husband gone a lot) best friend is the IPhone with Apps.  It really is.  It really is horrible, but I’m proud to say that I only pull it out during long Grocery Trips or car rides, and when Phillip is sleeping…oh wait…I sort of was implying I rarely pull it out.  I swear its not out all the time.

Anyway, I’ve found some pretty amazing kid apps through other mom recommendation, random searches, and opportunities to review so I thought I would share some of them.

What is so wonderful about most of these apps is that they are free.  The ones that cost are relatively cheap at .99.  That I can handle.  Free is probably one of my favorite words, so if I can get something that makes a shopping trip easy AND its free, then I’m good to go.  These are some of our favorites!

1. Princess Coloring Book – free
this is a darling app where you can color princesses, mix and match the dresses and maneuver through a maze.  My three year old had a lot of fun playing with it.

2. ABC Mouse – if you subscribe to the service (which I love, see review here), make sure you download the app! They’ve done a great job with the app.

3. Franklin’s Bumpy Buggy – .99
This was an app I was able to review for free.  It is another darling Nickelodeon app.  This is an app that would be good for older kids, probably about 4+.  The reason why I say this is because you have to tilt and move the phone to make the race cars go the way you want them to.  The graphics are great, the sounds and characters are straight out of the cartoon, which kids surprisingly pick up on.  If you’ve got a little Franklin fan this is the game for you.

4. PBS Kids app – free
A great app brought to you by PBS.  You can watch whole episodes of some shows, like Curious George and Arthur, and they rotate them out.  There are clips of some of the other shows on PBS kids.

5. Disney Jr. Appisodes – free
A very similar app to PBS kids, however there are less shows to watch, unless you are a Comcast subscriber.  You are able to enter your Comcast information and have more access to episodes.

6. Toca Boca apps – We love love love these apps! My four year old loves them, and my seven year old daughter loves them too. My nine year old likes the cooking one. There are a variety of kinds to choose from and you can also bundle them up.

7. Dora Ballet – 1.99
More expensive then I originally wanted to spend on apps for the kids (I really wanted to spend nothing!).  I decided to get it on a day when my daughter was sick.  She absolutely loves it.  I’m sure any of the Dora apps are wonderful.  She plays it over and over again.

9. Angry Birds Go .99 cents – This is the version of the game where you can purchase little cars and they get sucked into your game when you put them on your iPad camera!

10. Angry Birds Free
Any of the Angry Birds free are fun.  When my kids get tired of one version I simply look for another one.  They are fun and silly, and there is always a couple levels to play on the free versions.  Easy for little kids to understand and they like to watch each other play it.

11. Dino Dan Camera – free
This is a fun little app for your own Dino fans.  You hold your phone out and can see Dinosaurs no one else can see.  My five year old thought it was pretty fun.  I was kinda bummed that there is only one type of dino you can see in the pictures, but what else do you expect from a free version.

12. Minecraft {Pocket Edition} $6.99 – While we are a fan of the Minecraft PC version (we have a private server set up), the iPad version is great. Make sure for the newer versions you have the wifi off and they kids aren’t accessing open multiplayer games.

13. LEGO Ninjgo {The Final Battle} free – There are tons of LEGO games to choose from, and this is one of my kids’ favorite Ninjago games {available on ipad and iphone}

Hope this list helps you out!  Stay tuned for more to come! Do you have good apps that I haven’t listed? Leave them below please.
**This post contains affiliate links**
Copyright ©  2010 Cammo Style Love
Cammo Style Love