Military Monday on a tuesday: It’s Ball Season….so poo on you

So this was supposed to be my normal military themed monday post. But, my little guy turned one so I thought I would push this out a day and celebrate my little man!! You can see him over one year here. thanks for stopping by and have a great week!

My facebook news feed is littered with pictures of my friends all decked out in beautiful dresses for their respective military balls.  They are talking about it, posting pictures of what they might wear, sending me texts to ask my opinion; I even went shopping with one of my friends to look at some pretty dangly earrings to compliment her dress.  Don’t get me wrong, its exciting…that is…if you’re going.  If you’re not, well, lets just say it kinda sucks.  When you’re a military spouse the Ball is like the payback, the redeeming factor, the thank you let’s pretend we’re back in high school, sans kids, and get all gussied up and have fun.  It’s definitely worth a run-on sentence or two.  You might see some fun posts about what not to wear to military balls, like this one on Spouse Buzz..one of my favorites. 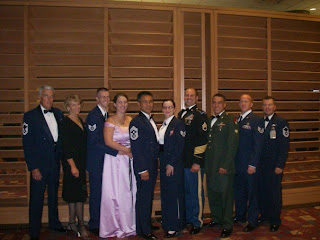 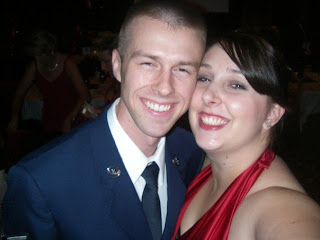 Waiting for that beautiful invite to come in the mail inviting us to the ball, going shopping for the dress, the shoes and the jewelry, its all part of the fun.  I love it!  The hubby on the other hand can’t stand it.  I mean, he goes, for me really.  He’s not the most out-going type of guy, which might be completely surprising if you met him.  He’s not a hermit or anything, but spending all event schmoozing it up probably isn’t on the top of his bucket list.  He goes, for me.  This year, circumstances being what they are, we aren’t going.  I thought we might have a chance to attend another one…but, again, circumstances being what they are, we aren’t. 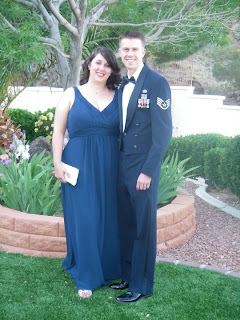 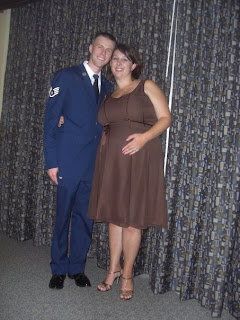 I’m really sad about it.  More so then I would have thought, if you had asked me about not going awhile ago.  I’m not gonna like, I got a little teary about it.  It sounds silly as I’m writing about it now, but that’s my thing!  That’s the like the thing….you know, my big ‘ole military spouse thank you.  In all honesty, when do I really get to dress up like that?  I’m not really attending any operas or ballets, or Broadway.  Dinner’s out, even on date nights, aren’t usually super fancy.  I probably would have dug out one of my old dresses and worn them again, since ball gowns typically don’t go out of style.  I might have gotten some new shoes and some new jewelry…probably would have gotten my nails done, but would have done my hair myself.  So, here I am, not going this year and its kinda a bummer.  I have had plenty of times to dress up and dance with the hubby.  We started dating in highschool, so we had several school dances, our wedding, and a couple military balls.  So I’m not totally deprived.  This year has been hard though.  Moving across the country only a couple of months after having a baby, and a surgery…to a job where he’s hardly around, has been really rough.  I was sort of looking forward to this nice mirage in my little desert. 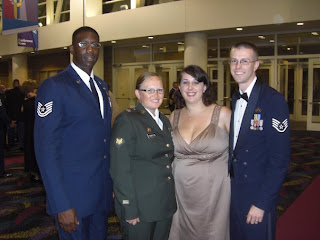 Maybe just maybe I can talk the hubby into a fancy date here soon.

Anyone else missing their military ball this year?

Truly Appreciated – An interview with Scott Waugh from Act of Valor : Part 1

Excuses only go so far…..