Here I am with my Christmas recap finally!  Seriously, this month has been so ridiculous.  I’m so looking forward to next year.  I’m just super excited for feeling like a fresh start is upon me…a great clean slate to start from.

This Christmas was a little different than most.  We actually decided that because we were away from family and friends that we would celebrate Christmas the weekend before so that at least my husband could be with us.  The kids were totally fine with it and even though we had an explanation about how hubbs has a special line to Santa, no explanation was really needed.  We were fortunate to have some friends from back home (totally a small world and they are non-military) that moved to the area just before us, over for our Christmas.  It was a nice little makeshift family time.  We had our second go at a Turkey dinner, which the husband executed to perfection…again!  Yeah, he’s an amazing cook.  I baked my mom’s apple pie and some pumpkin. 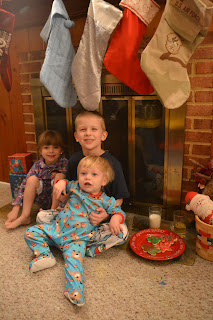 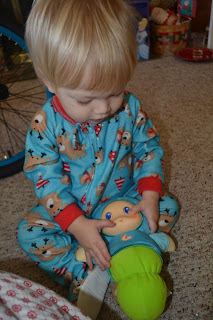 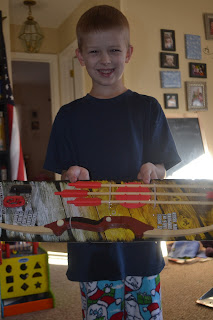 My little’s had such a great Christmas far from family…and they were very spoiled.  Santa put out some amazing things for them, things that they had specifically wished for.  I had Phillip out with me first so that I could capture Brian and Ami viewing their toys for the first time.  Santa left him a glow-worm for Prince Phillip and he crawled right to it!  If that’s not enough to warm a mama’s heart I don’t know what it. 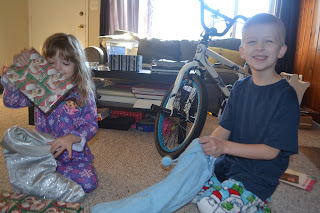 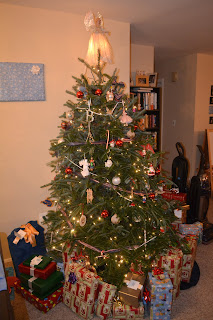 Perhaps my favorite, most hilarious thing, of Christmas was the fact that Brian practically walked by his brand new HUGE big boy bike without so much as a flinch.  But the bow and aarow from Santa was the be all end all!  Kid’s are so funny.  It’s that tunnel vision thing.

Santa brought me a Starbucks giftcard and some of my favorite candy.  That Santa sure knows me doesn’t he.  And the hubbs helped me complete one of my bucket list items by giving me Bon Jovi Tickets!!!  OMG!!!  I couldn’t believe it!  That guy, I love him. 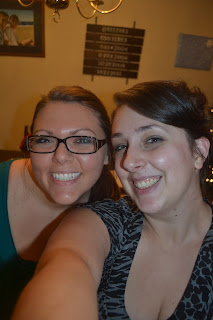 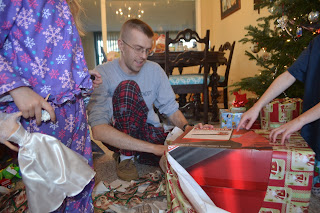 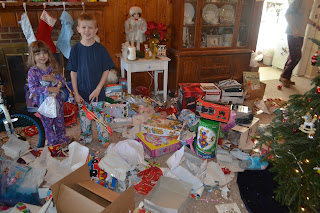 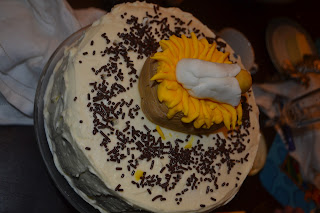 We even managed, thanks to my dear friend, to throw in a little Happy Birthday to Jesus!  She’s seriously molded that from Buttercream!  She’s amazing.

All in all, it was pretty good, despite how crummy the rest of the month has been.  Next year I’m looking forward to a lot of fun things.  Tomorrow I’m starting Couch to 5K and also starting back up my P90X.  Yay!