This week’s Military Monday is also a book review post for my bookshelf. I had the pleasure of reviewing a book by a military author, still serving. He writes under a pen name, and is a married father of three.

Join them as they strengthen their bonds with each other through teamwork, adversity, and catastrophe.

They will never forget each other as they struggle through challenges that will affect them for their entire lives.

I have to say, that upon diving into the book, as I often do, without checking out all the details I wasn’t quite aware that it was a novel. Truth be told you wouldn’t know if it was held in a plain brown cover. The book is really quite remarkable to read. As I’m sure most military spouses can attest to, not a lot of details are shared. I remember watching some sort of documentary and it was concerning an area of “that place with lots of sand” quite near where my husband had been previously. I learned more from that hour show then I had learned from him. He didn’t want to worry me. I get it and I love him for it. The truth of the matter is that it wouldn’t matter if we watched every show, film or documentary ever made, we couldn’t possible understand 100%. If you would like some insight into the life, the life of war, with a little bit of the real ness of it, I suggest this book. It creates a story about real (even though it is fiction) people, that are human and not just faceless soldiers fighting a war. They have emotions and feelings that drive them, like we all do. I was also a little bit partial to this book because it portrayed the lives of National Guard Soldiers, which is not often done.

I whole-heartedly give this book 5 out of 5 stars.

It is available in Paperback and Kindle on Amazon.com – click my affiliate link to the right to check it out! 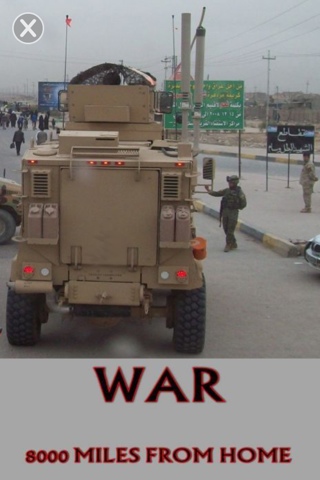 Rhe’s Bookshelf – For Every Season