May 13, 2013 No Comments
Music has always spoken to me.  It reaches inside my soul and grabs hold.  Getting emotional listening to a song is a common occurrence.  Many important times and events in my life can be closely tied to a song.  Right now the song that want to hear all the time, that I turn up and sing along with as loud as I can, is “Give Me a Reason,” by Pink.  Its the part about being bent, but not broken, that is really getting to me I think.  I’m really in a rough season in life.  There has been frequent short-term travel (at least a month), continuous long hours that are really nothing new.  Being here is wonderful.  It’s what we’ve wanted for a very long time…but its not home.  We aren’t near family and our friend and support base is growing, but still really small.  Not having my medication issue worked out yet is, I’m sure, playing a role.  But I’m bent.  This life has been hard and I think I’ve hit the eleven-year wall.  I’m tired of it,  I’m over it and I feel like I’m drifting.   Its like a constant state of reintegration, pre-deployment, deployment and back to reintegration.  I’m not sure of another way to describe it.  The days he has off I feel are just days of scrambling to catch up, get things done that I couldn’t do alone, or needed his help with.  Its a panic-stricken time of trying to get the most squeezed out of every second.   It just ends up being a mess. 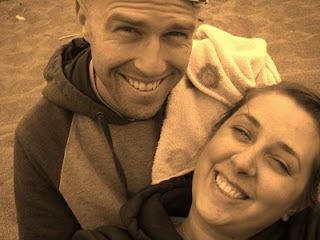 Just give me a reason, just a little bit’s enough.  Just a second we’re not broken just bent and we can learn to love again.  It’s in the stars, it’s been written in the scars on our hearts, that we’re not broken, just bent and we can learn to love again.
Our relationship isn’t in jeopardy, in a literal sense.  But our relationship is just so different than it has been before that sometimes I don’t recognize us.  I do feel like my heart is scarred, at least surrounded by heavy guard sometimes.  Its exhausting.  When will it end?  Will it ever end?  Is this how are relationship is, is it just developing into some sort of mature state and I’ve just been watching too many chick flicks?  Who knows.  I really feel like these scars are real and need to be healed.  We need a healing (how silly does that sound), but its true.  But where does one start when they need a healing?  I know my husband loves me, I know he wants to be with me.  Why can’t I shake the feeling of separation between us.
I’m sorry I don’t understand where all of this is coming from.  I thought that we were fine.  Your head is running wild again my dear, we still have everything, and its all in your mind
Oh tear ducts and rust, I’ll fix it for us.  We’re collecting dust, but our love’s enough.
I know that our love is enough to get through anything, scars and all.   My head does run wild, when I’m alone and thinking of him…..but I know I’m not alone in that.
Copyright ©  2010 Cammo Style Love
Cammo Style Love
Previous Post Next Post

Five Ways to Thank a Veteran this Veterans Day