May 20, 2013 No Comments
**I would like to say a special thank you to Blue Star Families, and Colonel Anthony Henderson, United States Marine Corp. 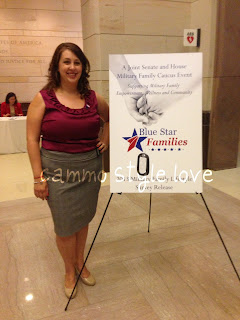 Last week I had the pleasure of attending the Blue Star Family, Military Lifestyle Survey Release.  If you have never been or heard of it I definitely urge you to go and check it out here.  See if what is important to you was important to other military families.  If you aren’t military, reading this survey might give you insight into the military life.  The invisible divide between military and civilian worlds was something of special note on the survey.  There was a fairly high number of those surveyed that felt, while civilians as a whole are supportive of the troops, they don’t understand them.  Its pretty hard to understand something that you don’t live, but how does that feeling affect our lives…that, I guess, is something to think about.

I could go on and on about all the things that were talked about that day.  It was so much information, insight, thoughts and feelings that I wish I could ramble on for pages.  But who wants to read that.   There was one particular thing, that stuck out to me that day.  It came in the form of Colonel Anthony M. Henderson, USMC, Special Assistant to the Chairman of the Joint Chiefs of Staff.  I honestly wasn’t quite sure what to expect.  I’ve never seen him before (although I heard some rumblings in the crowd) and most of my experience with Marines in high authority has been, well, basically terrifying (insert nervous laughter here).
He touched briefly on the subject of PTS/TBI/Suicide, which was in the top five concerns among military families today.  Twenty-three percent of service members surveyed, and 24% of spouses surveyed, reported PTS symptoms regardless of diagnosis.  Nineteen perecent of service members said they had actually been diagnosed.  From those number, 57% reported that treatement was not saught out, which issues of “confidentiality/career concerns” being the main reason for that.  When broached about these numbers Colonel Henderson spoke of a culture of keeping it in.  We are a nation that has been at war for over a decade and we weren’t ready, and still aren’t ready, for what that means.  The culture of the military is a “keeping it in” culture, he said.  Steps are being taken, but we won’t likely see the results for years to come.  It didn’t become this way overnight, and it won’t change over night either.  My husband had been able to attend that day.  That struck a chord with him.  He 1000% agreed with that statement. When something is so wrong – PTS, high suicide rates and the like – we want to find a way to fix it instantly.  It just doesn’t work that way.  It really sucks, but its true. 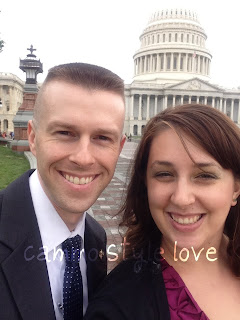 So how can we help?  Educate yourselves.  Know the signs and know what to do about it.  Its really difficult to force a spouse to get help, especially when they don’t want to, for whatever reason.  I have to say that after having used Military OneSource, and helping friends use it, it is completely confidential.  Nothing ever got back to anyone that we/they didn’t want it to.  You are referred to civilian doctors, for free, who only have your typical reporting duties.  Even a baby step in the right direction is a step.  But no one can do it on their own, no matter what their uniform looks like, no matter what their rank is.  Those in positions of authority that only encourage and feed this culture of “keeping it in” are doing a great disservice to their country and to the men and women who wear the uniform.  You have to start somewhere.  Find friends who are real.  Surround yourself with support of all kinds.  Find “battle buddies” who are there for you.  Don’t be afraid to get help, as a service member or a spouse.
Together we can help change the culture of “keeping it in”.
**all statistics stated above can be found in their entirity in the Blue Star Families Survey.  Visit the above mentioned link, as well ashttp://www.bluestarfam.org for more information
Copyright ©  2010 Cammo Style Love
Cammo Style Love
Previous Post Next Post