Doc McStuffins is in the house!!!! “Doc Mobile” tour kick-off

Doc McStuffins might not be in your house literally, but she’s in mine.  If you don’t know who Doc McStuffins is she’s an adorable little girl whose toys come to life and help her fix and take care of any toy that needs their help.  In 2012, Doc McStuffins was cable tv’s #1 series for ages 2-5, as well as the #1 TV preschool series in Total Viewers and Woman 18-49 (all those moms out there!).   And to celebrate the shows second season premier, Doc and her friends might be coming to a city near you.  Disney Junior will also be premiering the Doc McStuffins “Doc Mobile” game and other digital activities, on August 30.  Children will be able to create their own doctor avatar, which my daughter will probably go completely nuts for.  The season two premier, will also debut that day in a “special preview” form on the Watch Disney Junior mobile app.  If you haven’t downloaded, you can grab it for free.  When it’s connected to your cable provider you can watch more things.  However, Disney Junior has a couple episodes on there that are free whether you register or not.  The Cammo Style Love house has been known to take advantage of this great app while out and about.  Now, more about the tour: 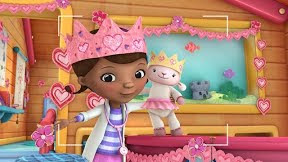 The Doc Mobile, a 27-foot Airstream trailer custom-made to reach young kids (age 2-7) and families with fun and empowering experiences relating to health and nutrition will embark on a multi-city tour  SUNDAY, AUGUST 18 in Boston. Themed “So Much You Can Do…to Take Care of You!” the initiative is inspired by Disney Junior’s acclaimed “Doc McStuffins,” the animated series that models good health and compassion through stories of a young girl, a would-be doctor, who cares for her ailing stuffed animals and other toys. The Doc Mobile features an area for kids to perform a “check-up” on their own toys plus other activities and age-appropriate health and wellness lessons including nutrition and physical development and fitness. 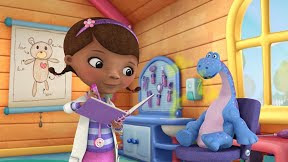 During the multi-city tour parents and kids will get the opportunity to meet doctors from the Artemis Medical Society, a group of 2500 female African-American doctors that formed their group after seeing themselves in the character of Doc McStuffins.  Their goal to inspire other young girls to pursue their dreams in the medical field.  Make sure to follow along on the tour by liking Disney Junior on Facebook and twitter.  You can already get information on the “Doc Mobile” page of Disney Junior. 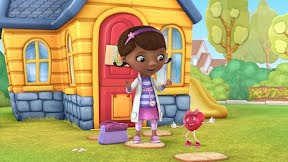 *Please note, as of now, Doc McStuffins will only make an appearance in New York, San Antonio, DC, and Los Angeles.

Is there an event taking place near you?  They are free and open to the public, so put it on your calendar!!

take a second and vote for me!

Bounce Back and the New Social Media Powerhouse

Iron Man 3 – Happy Birthday To Me!