There are many months of the year that are dedicated to some sort of cause or awareness, some of which are great, some of which you’re thinking “okay, we need a specific month to think about this?”  Some, like September and its Suicide Prevention Awareness Month, make me stop and think.  We have this month, to think about it,  but so what?  I mean, its great that we’re thinking about it, but what are we actually DOING about it?  I think we are just now starting to really pay attention to this, things are just starting to move, and people are admitting we have a problem.   Resources are being put out there, by Veterans and civilians alike, because I think the realization that the numbers are becoming staggering is coming into play.  Too many military members are committing suicide because its their only way out, and their only way to deal with things.  And what about all the people who are left behind, and the trauma they have now experienced by a friend or family member, or just a fellow soldier in their unit ending their life? 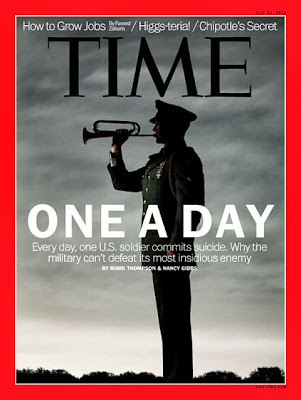 The statistics are there, we see them in every article.  In the 2011 DoDSER (DoD Suicide Event Report) it cited the Armed Forces Medical Examiner System, and its report that stated 301 service members died by suicide, and a staggering 915 attempted it.  Programs are created, talks are given, and even last year the Army had an entire ‘Stand Down’ day, where no one (except essential personnel) worked.  Instead they all attended training.  The numbers keep on rising despite all this, and the military seems to be baffled.  But what is the answer?  I was talking to few friends, originally wanting to get their thoughts on where the disconnect might actually be.  Is it fear, is it lack of training and resources for family members, is it lack of the right resources, or is it something else.  As I began to think about it, in the five seconds it took me to ask the all, I wondered something.  Maybe its the fact that there isn’t one right answer.  Maybe that’s how we operate, or how the military operates.  There is a solution to the problem, you apply it, its fixed.  One of my friends was thinking the same thing I was.  There isn’t one right answer, “there’s as many reasons for suicide as there are people,” one of the my friends said.  You know, I think she’s right.  Maybe its not the solution that we should be looking for.  Maybe we should be looking at how we get the solutions (plural) to the people they need to go to. 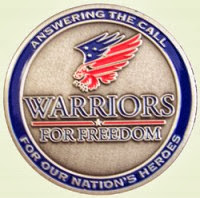 In a conversation with Major Ed Puldio (WarriorsForFreedom.org) and Dr. Dan Reidenberg (SAVE.org) the focus wasn’t on a specific program, but making sure those that needed help, go the help they needed.  In 2004 Major Pulido was injured by an IED.  He realized that despite what he wanted for himself, to go on with his military career despite his physical and emotional injuries, there were other things for him to do out there.  He hopes that others won’t be scared to finally get that help either.  Fear of losing your career isn’t worth the long term loss to yourself, your friends and your family.

There seems to be a multi-solution for all of those involved in the conversation last week.   Peer-to-Peer mentors, education in the workplace (for National Guard and Reserve), raising awareness for general medical providers, for law enforcement and giving tools to family members.  One of the most unique of these programs was the Carson J. Spencer Foundation, a unique program that has set its sights on changing the face of mental illness and suicide.  Their program, Working Minds, provides tools and training to enable business to battle suicide head on.  Please read more about the Carson J. Spencer Foundation, a Colorado based organization, on their website.   It’s organizations like these that are realizing, like I did, that there is no one way to “solve” the issue of suicide.  There’s a magic pill that everyone can take a suddenly everything will be okay.

How is your community, base and/or state tackling the issue of mental health and wellness?  How would you help those dealing with thoughts of suicide?

You can find a growing list of resources by clicking on the Military Mental Health tab at the top of my blog.  See that I’m missing a resource, please let me know!

Dear Spouse Who Pretends Not To Know….