Behind the Scenes of the USO Gala

Last month I had the amazing opportunity to attend the USO Gala here in Washington, D.C.  It was probably one of the highlights of the year for me.  Aside from getting to see Mr. Air Force dressed up and shaking hands with the All State Guy, I spent the evening in the company of some of the bravest men, and their beautiful families.  The USO is dedicated to serving those who serve, and they bring together a whole team of those that stand right along side of them. 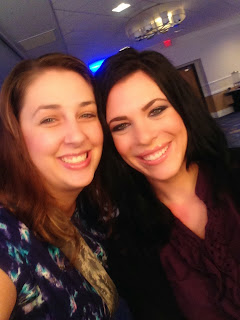 Hanging with the spouse of the Soldier of the Year
while she gets pampered! 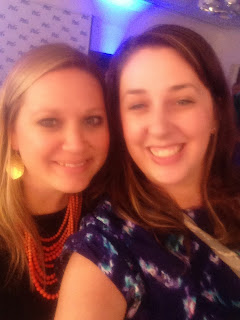 Behind the scenes of the Gala, the USO partners with P&G so that the spouses, significant others, family and recipients can get some extra special pampering before the evening.  A nice relaxing shave for the men was available, which was a newer addition to the pampering room, as well as make-up and hair for the ladies.  This is such an amazing display of care and support towards our service members and their families.  It is done on a small scale, and there was no hoards of media present at this.  It was a blessing for me to be able to attend and watch these ladies get pampered.  Mostly because I’d been where they were.  Military spouses and families share a special sort of connection.  There is so much between us that doesn’t need to be said because of so many shared experiences.  I admire some of these women though because they had experienced the injury of their husbands, the heroic actions in extremely high stress situations, and yet remained centered.  As I stood watching two in particular, so young and relatively new in their life as a Millie, the love that radiated between them was remarkable.  The strength of their hearts. 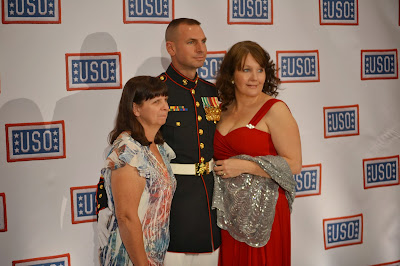 The Family of the Volunteer of the Year
{source: Mr. Air Force}

This didn’t just go for the spouses of these men.  There were several families, in-laws, parents and sisters present as well.  I knew what they felt for their sons, son-in-laws and brothers.  It is the same feeling that I have when I look at my husband.  It’s a combination of pride and awe.  What they sacrifice for us, the pressure they are under, the figurative and literal mountains they must climb.  The sister and mother of one of the recipients said, “I don’t know how he does it?” 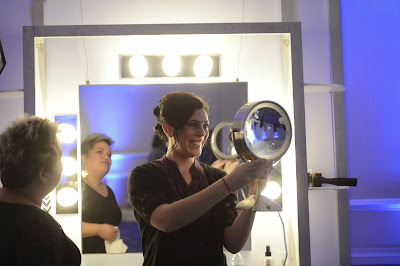 Rebecca, checking out her new do
{source: Cherie Cullen}

But if you spoke with these gentleman they would tell you that they were just doing their jobs.  This award isn’t for them, its for those that didn’t make it and it’s for every other guy in their unit that would have done the same thing.  That was the sentiment echoed throughout the night, and the thing that stayed with me as I left.  When I spoke with mothers, fathers, sisters and in-laws.  All of them were in awe of their loved one.  Pride poured from them, if not with their words, but their demeanor.  They deserved the pampering and P&G made that happen, without masquerading it before the public.  No press, no shouting it from the rooftops.  The hair and make-up people that are involved in this behind-the-scenes endeavor have been doing it since the beginning (most of them anyway).  They do it once and keep coming back.  Some of them are military connected, but some of them aren’t.  Being a part of this is the highlight of their year, and its not because of any recognition they get.  The joy that they get to see on the faces is worth much more than any press release. 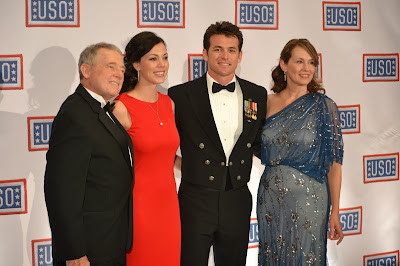 The Family of the Seaman of the Year
{source: Mr. AirForce}

I can’t wait to experience next year, to see the joy on the faces of those that are there.

Monday is lots of things….