Since this summer by youngest and I have gone GF! We haven’t been officially tested for anything (which I know should be on my list of things to do), but a lot of trial and error has led me to believe that that is what is going on.  For the most part it has been a really easy transition.  Thankfully there are so many options out there.  However, there are certain things I was worried about replicating, especially in situations where I didn’t want to be doubling up on things.  I’m not naive enough to think that GF takes like other things, but I want to provide something yummy, not break the bank and not kill myself over doing it in the process.  Thanksgiving was my trial and I ended up discovering a couple items that really were awesome! 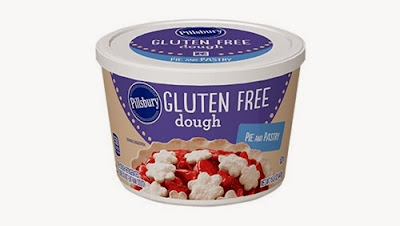 Oh, can you imagine a Thanksgiving or Christmas without pies?  Me either.  Thankfully Pillsbury has come to my rescue and provided me a great crust.  The texture is weird when you are rolling it out.  I used some gluten free baking flour and ended up actually not “rolling” it out but sort of pressed it into the pie pan.  The container said that it could do two pies, or a bottom/top crust.  I use a 9″ pie pan, and I think that’s a little generous.  My other tip would be to make sure you cover the crust edges with foil just like it says.  I was lazy on one of mine and the crust part burned.  The taste was so right on and not weird at all.  My gluten loving husband gave it a thumbs up.

This particular product can be used for two things – to replace your rolls (because lets face it, gluten free bread ain’t so good) and to swoop in and save the day when it comes to stuffing.  Corn bread stuffing is yummy and you can find all sorts of recipes on the internet, like Grandma’s Corn Bread Stuffing on AllRecipes.com.  Just substitute regular corn bread for gluten free and there you go. 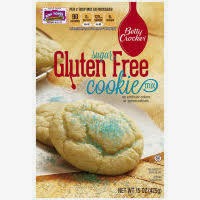 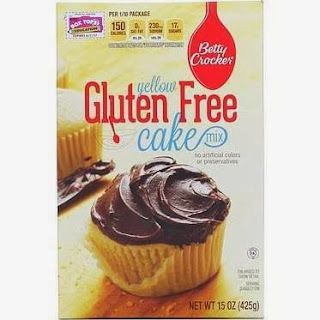 An important part of Christmas is the cookie making part, especially for the man in the red suit.  Cookie making can be quite challenging when one is going gluten free.  However, I have been totally satisfied with Betty Crocker.  All of their Gluten Free items are amazing!  So Betty Crocker saves the day for your little ones and Santa by providing two ways to make some great sugar cookies.  They have a Sugar Cookie mix, but if you can’t find that (sometimes not all of their products will be on shelves) I also found a way to make them with the yellow cake mix following this recipe. 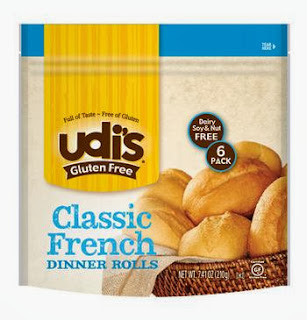 As I mentioned previously above bread has been the trickiest switch.  Not only is it way more expensive then any of the other changes we’ve made, its frankly not as good.  But how could it be?  Gluten is amazing, LOL.  Rudi’s is actually some of my favorite sandwhich bread, and its the only one I can find at the Commissary.  However, I came across a recent discovery in my freezer aisle at the Safeway near the kid’s Tae Kwon Do lessons.  Udi’s has freezer dinner rolls and bagettes.  Yummy!  The trick has been to put them in the microwave and they soften up to a desirable texture.  (Udi’s has several other things that I’ve recently discovered and have been in love with including hot dog buns, muffins, cinnamon rolls, and muffin tops).

5. Breakfast – Biscuts and Gravy or Pancakes/Waffles 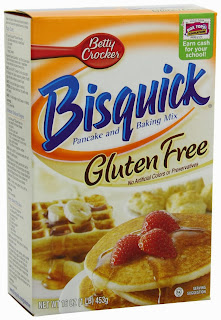 My dad always makes Bisquits and Gravy for Thanksgiving and Christmas.  I had no idea what I was going to do about this.  This Thanksgiving I had planned to try it for the first time to report it back to you all; but I didn’t get the chance.  I have all the fixins so I’m excited to try it out.  Even though I don’t know for sure how it turned out and how it tastes I still have to pass on the info to you all.  Bisquick makes an amazing pancake/waffle/all purpose mix.  We’ve used it to make pancakes and waffles.  They are wonderful and you can not tell the difference between them and regular ones.  There are all sorts of recipes on the back and biscuits is one of them.

0 thoughts on “Five Gluten Free Items for the Holidays”