The USO recently opened their second Warrior and Family Center in the DC area.  This particular one has opened its doors steps from the National Medical Center Walter Reed.  It couldn’t be a more perfect location for one to open, and trust me it has been a long time coming.  When I had the pleasure to speak with then President of the USO, Sloan Gibson, he was bursting at the seams to talk about these facilities.  It was one of my first interviews with someone like that and I was a littler nervous.  But to hear him speak about his dream of opening these immediately put me at ease.  There was a lot of thought that went into designing and building these two buildings, which started to be discussed way back in 2009.  Warriors and their families were interviewed concerning design, and the number one request (which was granted) was a learning center of sorts for transitioning.  Within these walls you can music therapy, recording area, playing area, art classes and fly fishing.  TVs, computers, quiet areas and game rooms. 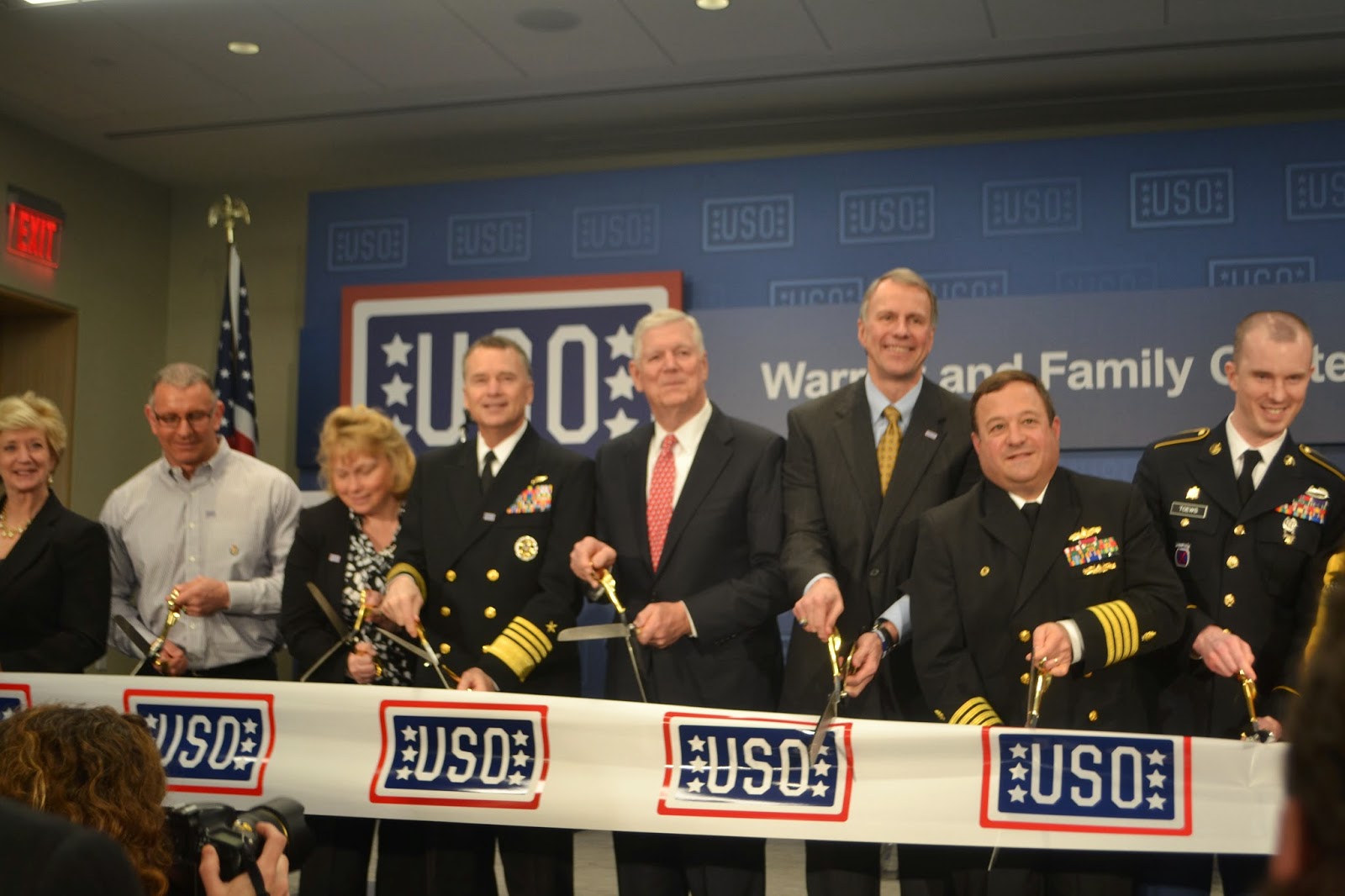 And while the name Warrior and Family Center implies that this is specifically for our nation’s wounded, however this is not the case.  The USOs doors are open to all military, and I have experienced the building myself.  They are both truly beautiful and feel like home, which is the whole purpose I’m sure. 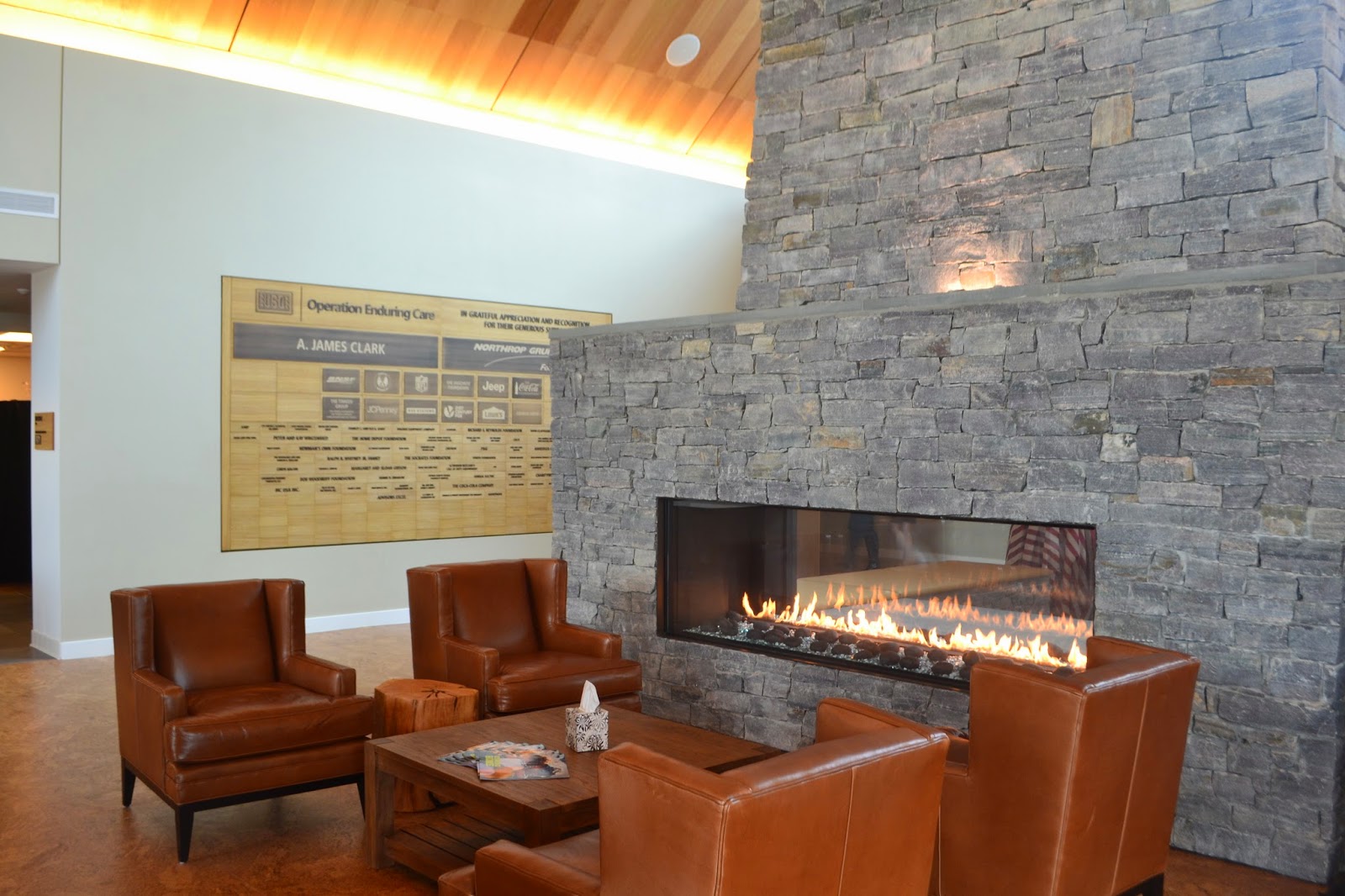 The second facility is beautiful, and I almost like the design of the second better.  It is a much more open facility, as far as the feel.  Lots of windows with very wide hallways, sort of an open great room if you will.  The ribbon cutting was a wonderful time, hearing the words of those that designed and constructed it.  How it affected them, and how many of the construction and design team have signed on to become to volunteers themselves.  It affects people and hearing that is really touching. 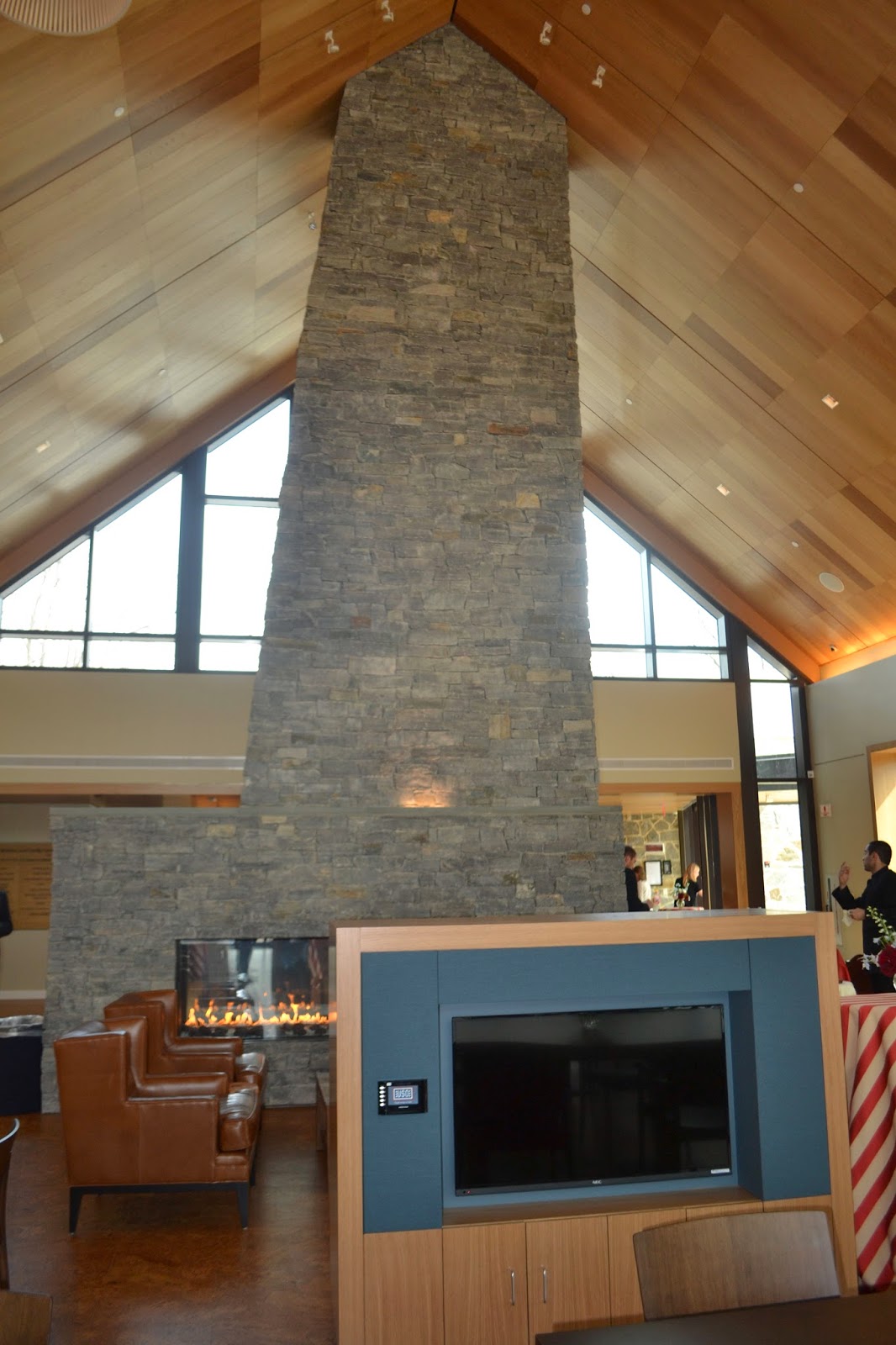 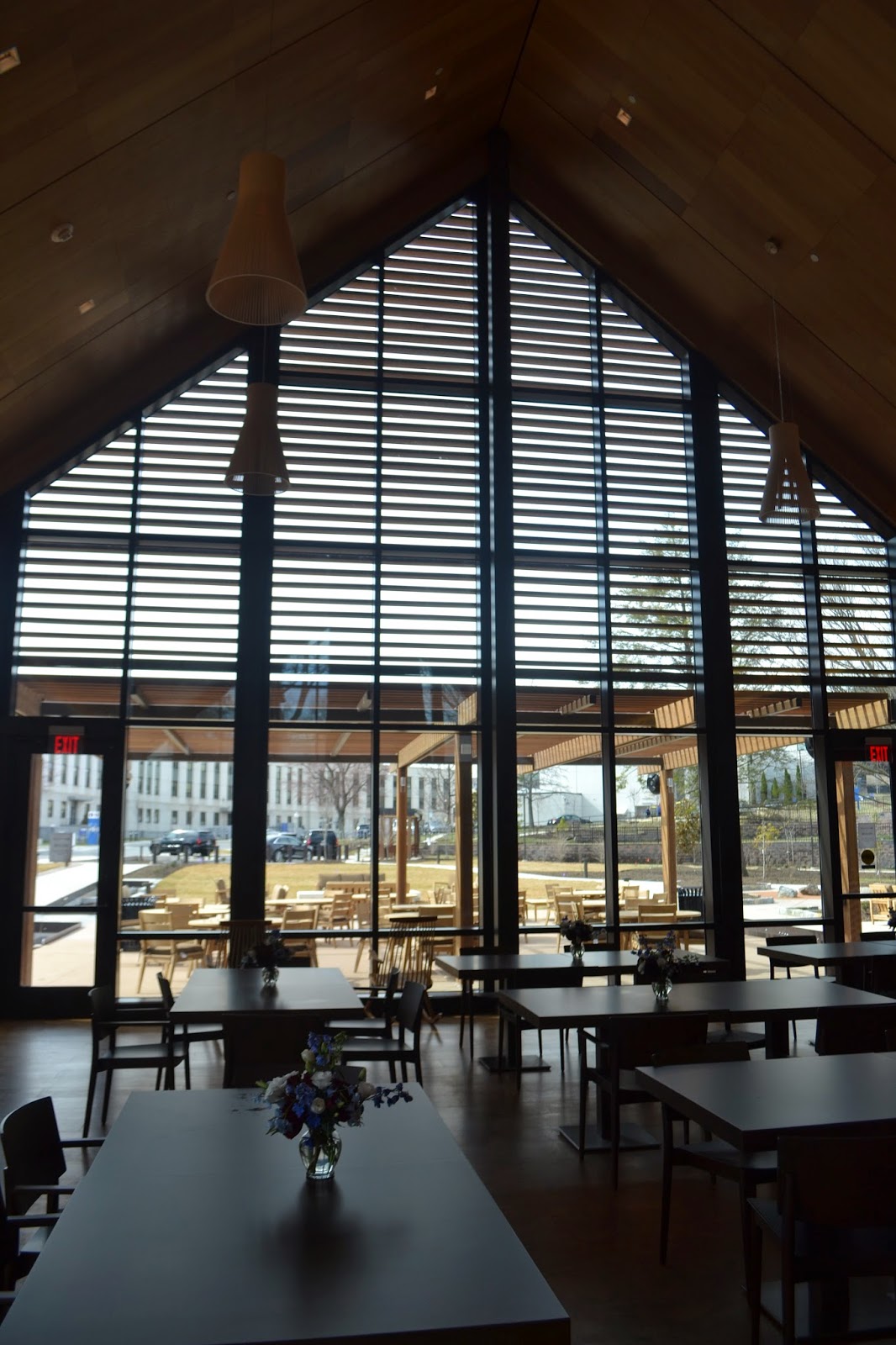 The excitement over the building was electric, everyone was smiling and they all spoke of the same things.  They were beyond thrilled to see this building in action, so close to where it is most needed.  I will say this, we are in desperate need of an overhaul in the way we are treating the wounded.  And we aren’t speaking of just the physical wounds.  There was a Forbes article that discussed some of the startling numbers of “Invisible Wounds” as they are referred to.  The numbers were listed as reported on the Defense and Veterans Brain Injury Center.  The total number of TBI diagnosis by the DoD is over 290,000.  It is important to note that not all of the injuries are deployment related.  In fact 80% are the result of a non-deployment injury (ex: car accident).  But the injury is there, regardless of how it was required, and should be treated.  When broken down the study doesn’t reveal how the injuries were received, just the severity of them; however according to the Rand Corporation in a 2008 press release 20 percent of those have returned report symptoms of TBI and depression.  Most, as we are all aware, do not receive treatment because of the stigma attached to physiological issues; but for those that do, only half of them receive treatment considered “minimally adequate”.  This is one of the reasons why I believe what the USO has to offer is extremely valuable.  This is a chance to make things right.  To operate off the concept that I heard repeated over and over that day – a 360 degree concept of care.  I wish there was one of these centers at every single base. 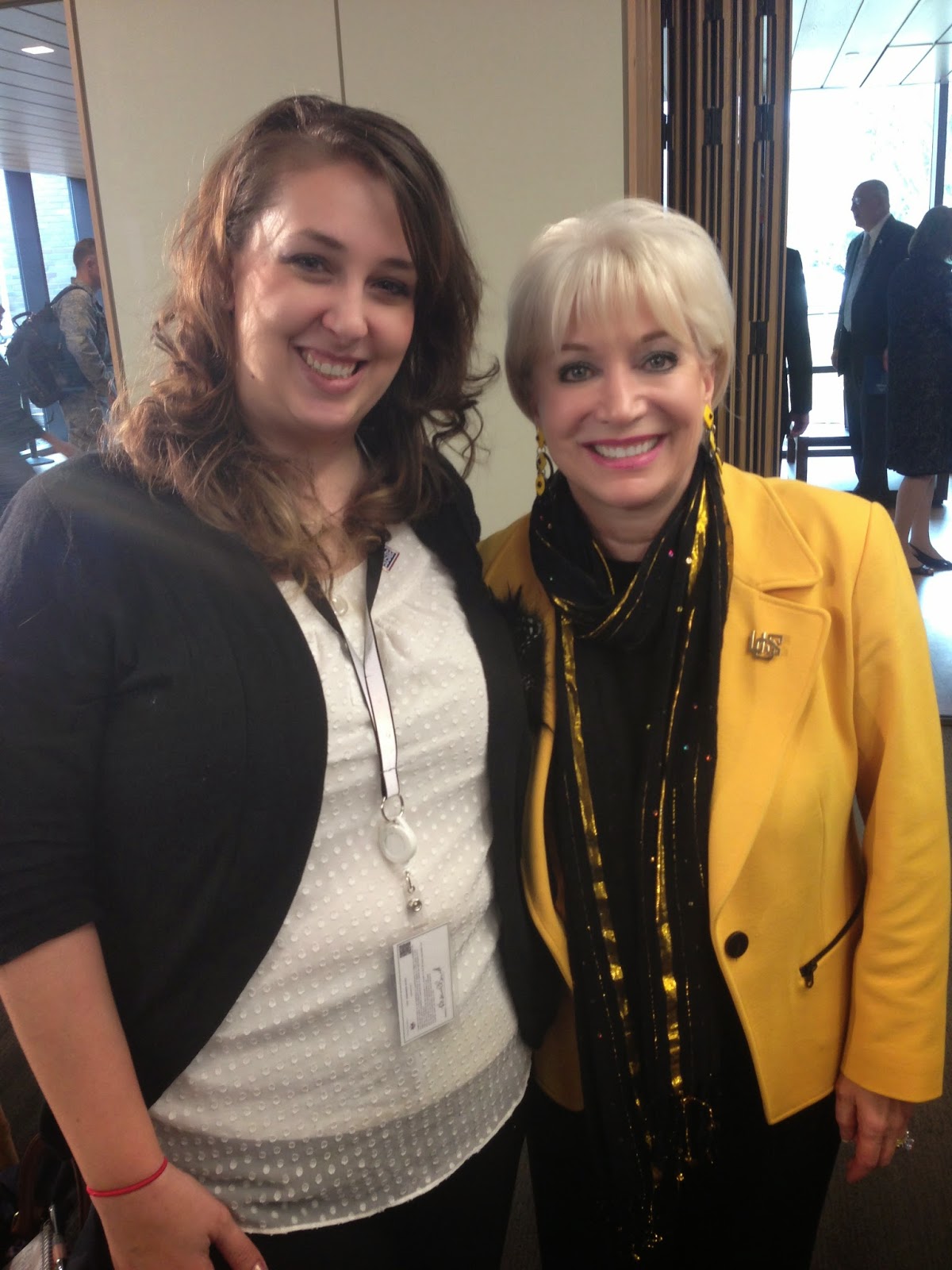 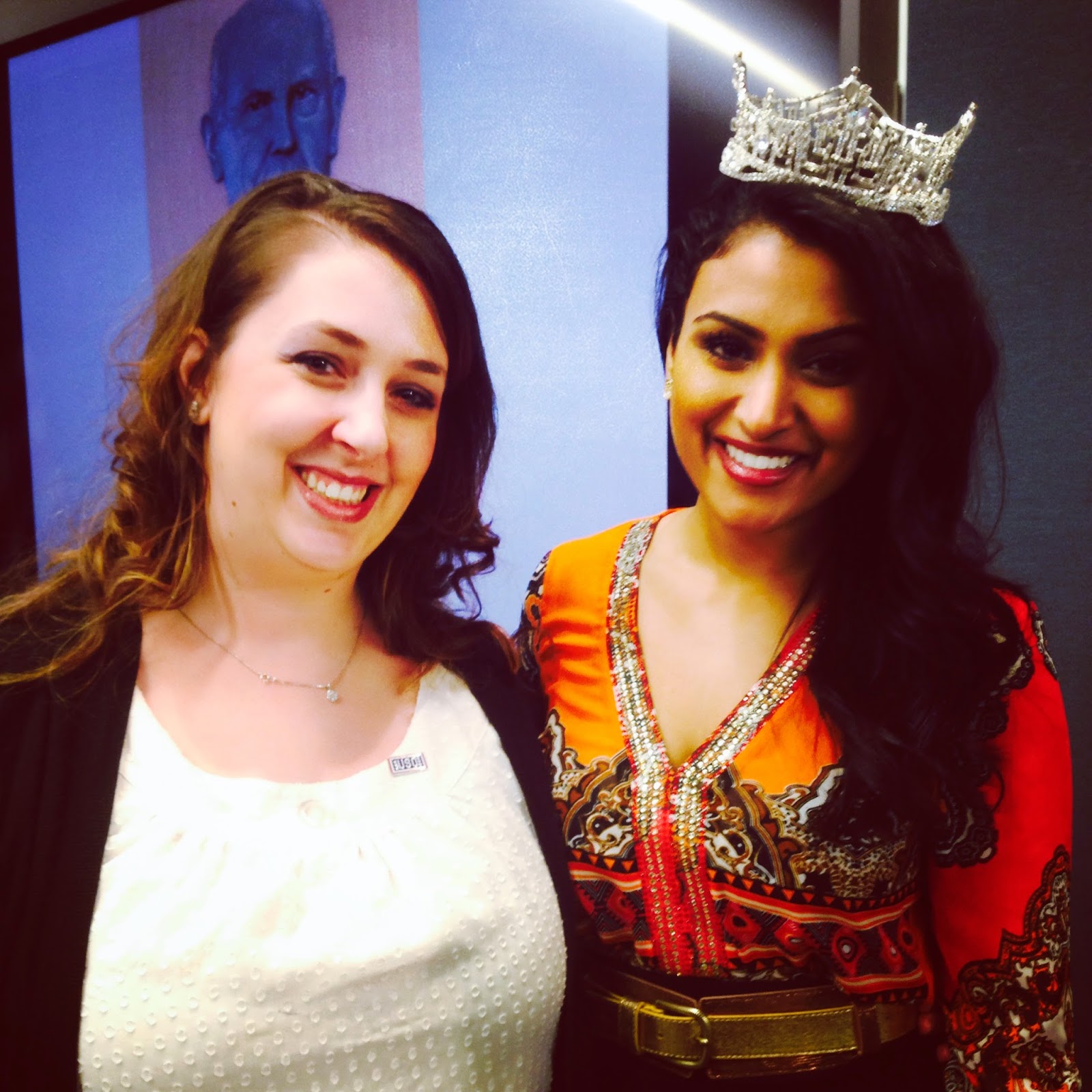 It’s a step in the right direction; and when you hear those in power express understanding and an actual concern for what is happening it helps.  I wish they would talk about it more, all the time, every day.  This will change, I know it will.  Soon, the stigma will be less and less.  It won’t happen overnight, because it took longer than that for the problem to happen.  But this is an opportunity for those in power, either at the National Level of the military and individual unit leaders, to really effect change.  I’m excited at the possibilities for our military members.

What the New Year Brings…..