I am so excited about this MilSpouse Appreciation Day, and not becuase of anything that has to do with me.  Yes, I’m a MilSpouse, and who doesn’t want a day to give yourself a pat on the back; but its also an amazing reason to give back.  If you were around the CSL blog last year and read my post on this date you would know how passionate I am about spouses who are alone.  The truth of the matter was that I spent a good portion of my early military spouse life alone.  My family was close but not close enough to just see in a jiff, we had a small church family and I had three military spouses who I called friend (two of which weren’t even in the same branch and both worked full time).  I was grateful for what I had, but it was tough.  When my husband deployed I had no Key Spouse or FRG, no CDC for mom’s night out, or anything else along that line.  I survived, our marriage survived and we lived to tell about it.  But it was one of the most difficult times in my life. 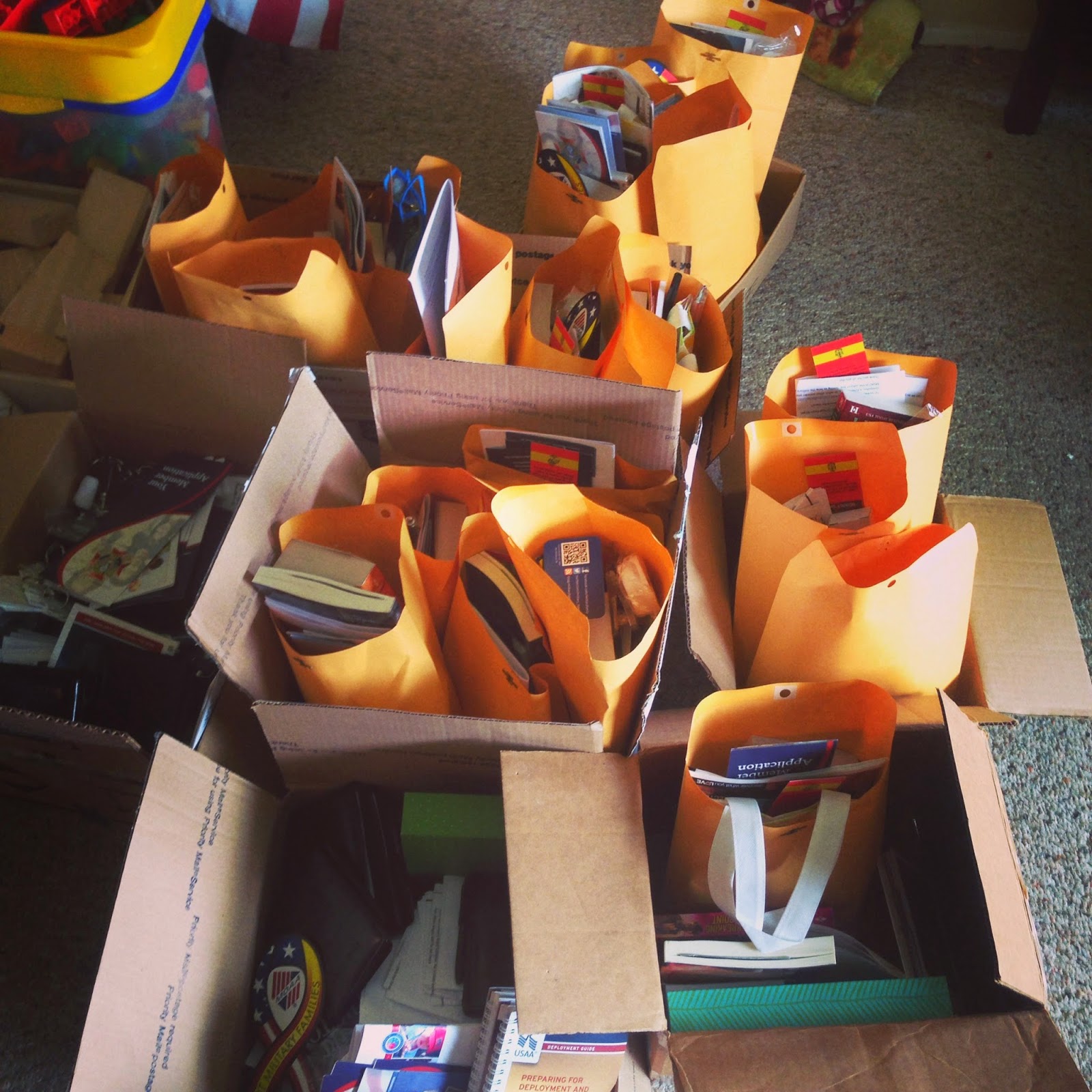 After moving to the DC area I became acquainted with so many support agencies that do amazing things for spouses and military families.  From Mom’s Night Out, Military Spouse Appreciation Dinners, Baby Showers, support groups and much more.  I knew there were plenty of supports out there, but I couldn’t even imagine what was available to spouses and families.  The trick was getting all these amazing organizations to know that these spouses were there.  Apparently harder said then done, and something that I’m still working on.  So here I am my second year of telling the story of the National Guard and Reserve spouse.  This year I included the story of remotely stationed active duty spouses, like those that are on Recruiting Duty.  An unusual life that leaves many of them lonely, without family or ties to a thriving military community.  So, I told my story….and so many people wanted to hear it.  I think these people should be recognized, which is really the point of my post today. Which I know is completely late!! These people want or need recognition more than I do, but they are part of the story that needs to be told so that others may hear. 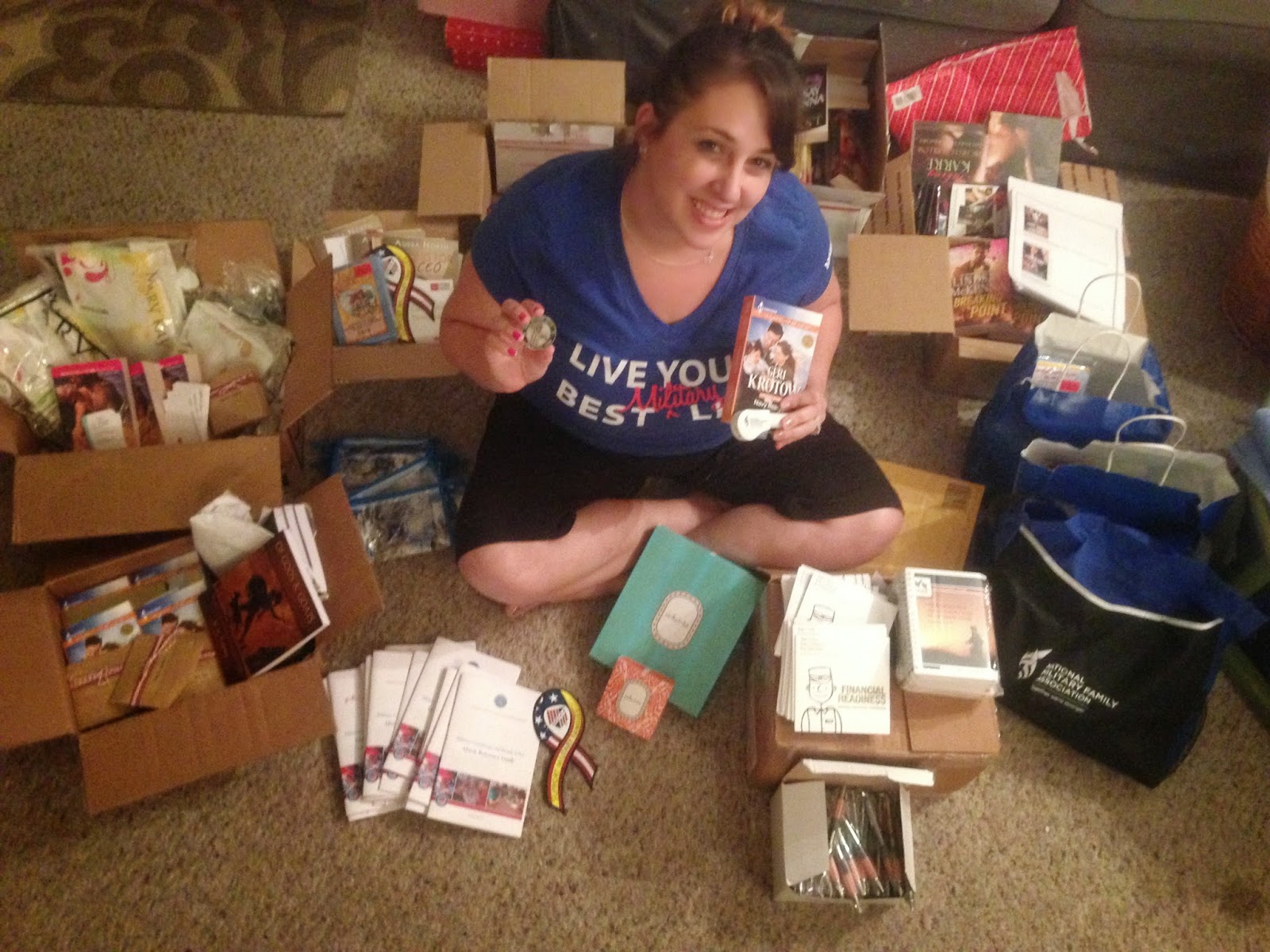 Brittany Williams Jamberry – Brittany is a Milspouse and a fellow Millie Blogger over at Bohemian Transplant
Katie Rutledge Mary Kay – my amazing sister stepped up last year when I had no one, to help me out with the eight little bags I made last year.  If you have never tried or used Mary Kay you should.  My mom, grandmother, me and my sister have been using it for forever and thanks to a little genetics, have pretty awesome skin!
Zebra Crochet – Aubri, fellow milspouse, and my amazing kindred soul here in DC crocheted up some darling coffee cozies!
Catherine @ The Bauble and Chain – another amazing milspouse located in San Diego makes the most adorable moto keychains and other stuff as well.  I bought myself one of her military wife keychains and then took a shot and asked her to donate!  She more than met my expectations!  Show her some love !
USAA – I can’t say enough about USAA.  I’m a huge fan and we use them for just about everything.  The folks that I meet around here at events heard about what I was doing and boy did they deliver for these remote spouses.  Deployment Guides, financial assistance, information and loads more
National Military Family Association – the folks at NMFA are amazing military advocates for all of us, fighting for all of us no matter what our status or branch.  They also provide Military Spouse Scholarships and run Operation Purple Camps.  NMFA also has a recently launched app called My Military Life.  Go find it!
MOAA – Military Officers Association of America – this organization also is an amazing advocate for military servicemembers and their families. Sure they may be an Officers Association, but it isn’t just officers that they care about.  They have a huge pressence in the Spouse Community as well, holding symposiums, hiring faires and advocating for the education and employment of Military Spouses.  Currently they are a force in the Keep Your Promise Campaign.

A Huge Number of Military Affiliated Writers, as well as Harlequin Publishing and Entangled Publishing, contributed to this year’s bags.  Last year was when I had my first discovery of the military themed romance.  I was hooked let me tell you.  I had no concept or understanding of the romance novel.  I mean, there are so many different kinds – suspense, romance, religious based, history, military, whoa!  My first book was Navy Rules by Geri Krotow, who was my first donated item last year.  This year she joined in again along with many of her fellow military veteran writers!  Due in large part to the mother of the Military Romance, Lindsey McKenna!  This woman is a retired Navy Pilot and an epic lady!  She got her ROMVETS ladies involved and boy I was blown away by the generosity.  Make sure to stop by their website to get a whole list of authors.

Military Spouse Special Needs Network wrote a little piece on the project and also spoke with one of last year’s recipients.

My Military Man Smells Legendary….Does Yours? {Sponsored by Old Spice}