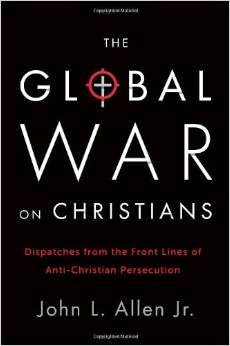 Summary: One of the most respected journalists in the United States and the bestselling author of The Future Church uses his unparalleled knowledge of world affairs and religious insight to investigate the troubling worldwide persecution of Christians.

From Iraq and Egypt to Sudan and Nigeria, from Indonesia to the Indian subcontinent, Christians in the early 21st century are the world’s most persecuted religious group. According to the secular International Society for Human Rights, 80 percent of violations of religious freedom in the world today are directed against Christians. In effect, our era is witnessing the rise of a new generation of martyrs. Underlying the global war on Christians is the demographic reality that more than two-thirds of the world’s 2.3 billion Christians now live outside the West, often as a beleaguered minority up against a hostile majority– whether it’s Islamic fundamentalism in the Middle East and parts of Africa and Asia, Hindu radicalism in India, or state-imposed atheism in China and North Korea. In Europe and North America, Christians face political and legal challenges to religious freedom. Allen exposes the deadly threats and offers investigative insight into what is and can be done to stop these atrocities.

Review:  Make no mistake, this is a rather intense book on a rather intense subject. It is not one that I would normally pick up, but the title intrigued me.  John L. Allen Jr is an associate editor with the Boston Globe.  He specializes in the Catholic Church and stories along those lines.  He has also written several other books.  I’ve always been intrigued in issues of Christian persecution.  Its’ something that happens frequently all over our country (and world), but not something I feel gets discussed in the open or by the media.  While I realize this is not only a heavy topic, but a slightly controversial one to be discussed on my blog, it is none the less a very good book.  It is well researched, well written and thoughtfully presented.  Whether you agree with the topic at hand or not, it is still a very good book and one that, if added to your knowledge base, could further your education on religious issues in the world – and not just the persecution of Christians.