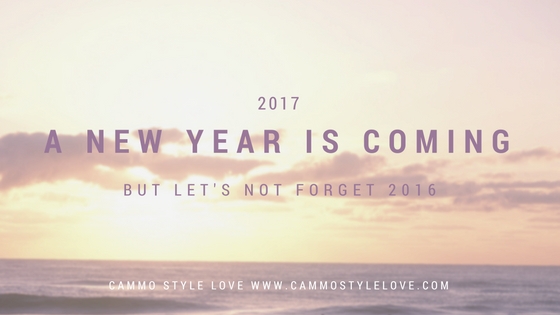 Welcome 2017, we’ve been waiting for you. You can’t scroll down your Facebook without seeing something about how 2016 was the worst year ever and it should just already be over. How we can’t wait for 2017 to start because maybe it will be better. Most people are probably saying that in relation to the election. Some have just had it because we lost some really memory attached people in the last year and the last couple days. Its true, some really sad things have happened. We lost David Bowie, Antonin Scalia, Harper Lee, Joey Feek, Nancy Reagan, George Martin, Patty Duke, Muhammad Ali, Christina Grimmie, Anton Yelchin, Florence Henderson, Carrie Fisher and Debbie Reynolds (and there are many more). The election was volatile, people rioted in the street and took time off from their school classes to cope.

But you know what, 2016 was full of some amazing things as well! I found a list, did some research, and wanted to share a few things with you.

And this is just a blip on the list of all the amazing things that happened this year! So I challenge you to stop and think about all the amazing things that happened to you and your family in 2016. Dwelling on the negative and sad doesn’t accomplish anything good in life. Our newsfeeds are filled to brim with ugliness, divisiveness and sadness. People make a statement about how they feel and people make a choice to get into an argument online with them, whether its controversial or not. So many people, including myself, fled Facebook during this time. What was supposed to be a connector of people was pushing people further away. We focused on the negative, the terrible, and fought about it openly with people.
So I challenge you for 2017, make a change. Share happiness, share the fun in your life, use Facebook to connect with someone you’ve been missing. Share pictures of your day, vacations, your kids or something you did. Find something positive that happened and share that. Pick up the phone and call someone, write a letter, keep a positive thoughts diary. 2017 doesn’t have to be terrible, and neither do your memories of 2016. That’s a choice that we can make, and I encourage you to make a positive choice.
Therefore encourage one another and build each other up,
just as in fact you are doing ~ 1 Thessalonians 5:11