On September 17th, 2020, the memorial dedicated to Dwight D. Eisenhower was dedicated in Washington, DC. Located within a short walking distance of the Capitol Building in DC, the memorial is designed by world-renowned architect Frank Gehry. Gehry is also the architect behind such well-known buildings as the Guggenheim Building in Spain, Walt Disney Concert Hall in Los Angeles, and the Louis Vuitton Foundation in Paris. The memorial sits on a 4-acre park and includes two large pillars, several statues, and quotes from Eisenhower. Not only does it depict scenes from his Presidency, but it also pays important attention to his childhood and the importance of Abilene, Kansas, as well as paying homage to his military service. Several artists contributed to the memorial, including Nicholas Waite Benson who was the inscription artist. Benson has also inscribed the WWII, Roosevelt, and Martin Luther King, Jr. Memorials. The large stainless steel tapestry depicts the beaches of Normandy, which connect Eisenhower’s service and the peace he maintained during the President. The two large pillars on either side of the memorial are the height of the cliffs of Normandy that American soldiers had to climb that day.

I consider Eisenhower to be an interesting sort of President. While I wouldn’t consider him as unknown as say Rutherford B. Hayes or a Chester Arthur, but I WOULD consider him to be unassuming. What exactly did he do? The site location of the memorial as a whole was chosen carefully to connect parts of DC politics that are connected to Eisenhower. It is surrounded by the Department of Education, Department of Health and Human Services, Air and Space, Voice of America, and the Federal Aviation Administration. President Eisenhower was the first president to direct federal aid to education, signed legislation to the department that preceded the Dept of Health and Human Services, lead the charge in creating the Air Force, creating the Air Force Academy, and helped create the National Aeronautics and Space Administration. The list goes on and on of the small of significant parts of history that Eisenhower had an impact on.

The impact of Eisenhower rings loudly today as we think about the quiet steps that Eisenhower took to impact positive change, presiding over eight years of peace and prosperity in the United States. He sent troops down south to help enforce desegregation, pushed for the desegregation of Washington DC, and completed the desegregation of the military that had begun before his election. He also signed the Civil Rights Act of 1957. And despite all the drama surrounding the design and creation of the memorial I love its simplicity and symbolism and hope that that shines through and inspires visitors to learn more about him.

Washington DC, and the surround DC Metro Area, can be ridiculously expensive. There is also a ton to do here. There are so many amazing places to eat, museums, history (or otherwise) sites to see. Some days Mr. Air Force and I think that we could see something different every day and never repeat anything for years. It can be overwhelming and a little intense on your wallet. So how can you get away with some time together on the cheap, or for the least amount of money.
1. DC By Foot – This is a really cool concept. This is a “no-fee upfront” tour guide company. Yes, you heard me. It’s basically free! Theoretically you could take the tour, say good bye and that would be the end of it. Pay what you think the guide deserves, earned, or tip them. You have so many options and I absolutely love it. There are your typical Arlington Cemetery, National Mall and Capitol tours. This company also does more unique tours including food and photography ones. There’s a calendar on the website so you can see what is coming up.
2. Kennedy Walking Tour
This is a Georgetown self-guided tour that we’ve personally done ourselves. On that night the hubby and I ventured to Martin’s Tavern ( one of my favorite places to eat in DC ) and then kept up the Kennedy theme by checking out the local landmarks associated with the Kennedy family. You can find out more about this in my first “Cheap Date Nights….” post. 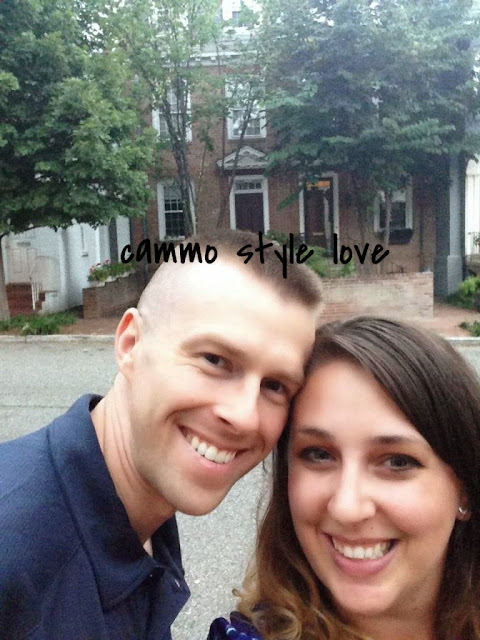 3. Geocaching is one of our newest discoveries. We haven’t been doing it for very long but it is a lot of fun, and Mr. Air Force is really good at it. You can do this basically anywhere, so even if you don’t live in DC, you are good to go. We even did it while on vacation. Apple has an app, and I’m sure other carriers as well. The free membership is perfectly suitable for anyone, but you can upgrade to the premium version for a small subscription fee. 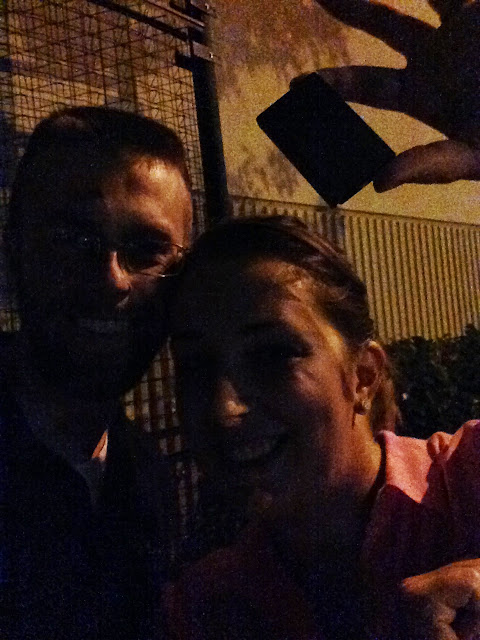 one of our first caches
4. Embassy Tours from CulturalTourismDC

There are tons of events held in different embassies all across the city.  If you wanted to see the inside of some of these places, now’s your chance!

Have you ever heard of sittercitty? If you haven’t you’re missing out! I’ve been using them since my oldest was little. It has saved us when we were somewhere without family or friends to help us out. I love the program, I love the background checks that are included in the free membership. The people at Sittercity are amazing as well. They are always looking for ways to improve this program and it is just so cool. Use it!

All that being said, I wanted to also encourage you to rely on your friends, especially when you are in a place without friends or family. I remember my parents doing that and its always been a part of who I am. It creates a better community and encourages relationships that are deeper and more amazing. I whole heartedly encourage you to do that!

**update, Sittercity is no longer free for military, but both Sittercity and Care.com offer great military discounts, as well as having a USAA member discount.