There’s two reasons why I share movies from when I was a kid, or movies I loved as a kid, with my own children; 1) movies today kind of suck for kids and 2) I’m a sentimental person. Sharing stuff that I loved as a kid with my own is pretty awesome! Movies today feel totally inappropriate for the age they are marketed to, and often there are things that I just plain don’t like. Is it just me or are all parents dumb now too? And not the Tim Taylor, Danny Tanner kind of dumb, where the parents actually end of being right and the kids come around and end up being respectful. No, parents today are the kind of dumb where they are stay dumb, do dumb things and the kids are the smartest ones in the room. Pass!

This list composes not only movies from my childhood, family movies we watched when I was a little bit older and my sister was young, and movies from my mom’s childhood that we watched as kids. Many of these movies aren’t as flashy as today’s flicks but they are none the less important ones I feel like the next generation needs to have in their lives!

Man of the House

Angels in the Outfield

The Adventures of Huck Finn

The Parent Trap (we prefer the original)

Honey, I Shrunk the Kids!

A Kid in King Arthur’s Court

When I saw that Tom Hanks was teaming up with CNN to put on another mini series, AND it was about movies, I was thrilled! The Decades series that they did was incredible, and if you haven’t watched it you can head over to Netflix and look for it. But this Movies series seems to be headed in the same direction of amazingness. So far I’ve watched the 80’s episode, and as a self-proclaimed movie buff I feel like they really nailed it, covering the movies that really made the 1980’s. In the 80’s movies became a little edgier in my opinion, but also sought to right many wrongs that as a society we had experienced in the 70’s. There was an overwhelming number of movies that covered the Vietnam War, and by the 80’s we were really starting to recognize that the treatment of veterans and the service members themselves was less than what should have occurred, and I really feel that movies like Born on the Fourth of July, Good Morning, Vietnam and Full Metal Jacket spent time giving the American People a view into the war that wasn’t like anything that had been portrayed in the news media, a more human view.

On top the 80s were really the golden age of Saturday Night Live stars and the movies they were in. Films like Ghostbusters (which is one of my favorites), Trading Places, Blues Brothers, Caddy Shack, Beverly Hills Cop, Three Amigos (which was not mentioned on CNN, and This is Spinal Tap are glorious comedies that stand the test of time…and frankly are a lot funnier than many things out. SNL stars even moved over to less comedic roles like that of When Harry Met Sally (a huge favorite of mine). Films today just frankly aren’t as good on the level that were in the 80’s and the 90’s. I feel like we’re lucky now if there is one good, non-remake or non-fast and the furious movie out at any one time. Maybe Hollywood is just running out of ideas? Sure special effects were in their infancy and sometimes they are pretty funny to look at, there’s a timelessness and re-watchability about many of these movies that you just don’t have as often anymore.

Movies in the 80’s also gave us Blockbusters and Franchise hits – like Die Hard, Star Wars, Indiana Jones, Predator and Terminator. I mean, how can you argue with that. Movies with intense plots, story lines with depth. I mean, sometimes Indiana Jones was just a little more funny than deep, but you get what I’m saying. Below you’ll find the list of all the movies mentioned (which I painstakingly wrote down as I was watching), and I’ve grouped them into my must-see movies and all the rest; but all the rest are still pretty awesome!

This week I’m preparing for Entertainment New Media Network’s Conference in Anaheim.  It’s going to be an amazing week, an intense learning experience, but an awesome one.  I can’t wait to share all the details with you all.  Make sure you are following along on my instagram and twitter, as well as with the hashtag #ENMNCon14.

Lets get on with the fun!

This week’s topic is all about TV and Movies. They were tough ones, but good.  I’m excited to read everyone’s ideas.  I always get the best ideas from all the blogs I read, whether it be music or tv, clothes, make-up.  That’s one of the reasons I love blogging.

1. What is your favorite thing to watch on Girl’s Night?

Definitely a chick flick – and it doesn’t matter what kind.  I’m all sappy love stories, romantic comedies…or Magic Mike, which kinda doesn’t fit into a category now does it.  Seriously just can’t believe I admitted that on my blog.  Yes, I watched it.  Oiy!!

2. What is Your Favorite Thing to Watch on Your Day Off?

Lets see, usually whatever I happen to be binge watching on Netflix.  Right now I’m watching Dallas, Vampire Diaries, Wings and One Tree Hill.  It rotates so that I don’t get too sick of one show.  Usually when the kids are napping, or playing solo I’ll sneak away to my room to get some blogging work done and watch a couple shows.  When hubbies around on his day off we watch Seinfeld or Fraiser.

3. What is your favorite thing to watch when you’re sick?

Most of the time I stick with the above, unless its really plot heavy.  Then I’ll put on something fun,or something I know well.  Usually that means New Girl, Gilmore Girls, Psych (I watched that the last time I was sick).  Or maybe I would put on a good old black and white movie – an Alfred Hitchcock or something like that.

4. What was the last movie you saw in Theater?

Actually this past week we took the kids to see The Nut Job (with Will Arnett,  Brendan Fraiser and Liam Niesson as voices).  It was pretty darn cute, and the kids like it.

5. What are your Top 3 favorite Movies or TV shows?

Gosh darnit, there is always a ridiculously hard question involved in these link-ups isn’t there.  This is so hard, how am I supposed to pick?!  The list would be a million miles long for sure, but who has the time for that.  So I’ll do the best I can here.

Movies: 1) While You Were Sleeping 2) Sleepless in Seattle 3) Alfred Hitchcock movies – they can count as one last one right? a) The Lady Vanishes b) Rope c) Shadow of a Doubt

If you are following for the first time, make sure to let me know.  I love hearing from you. 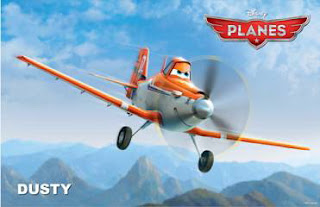 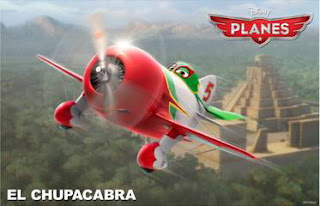 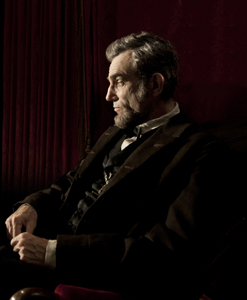 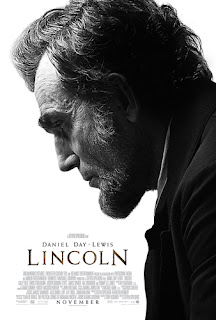